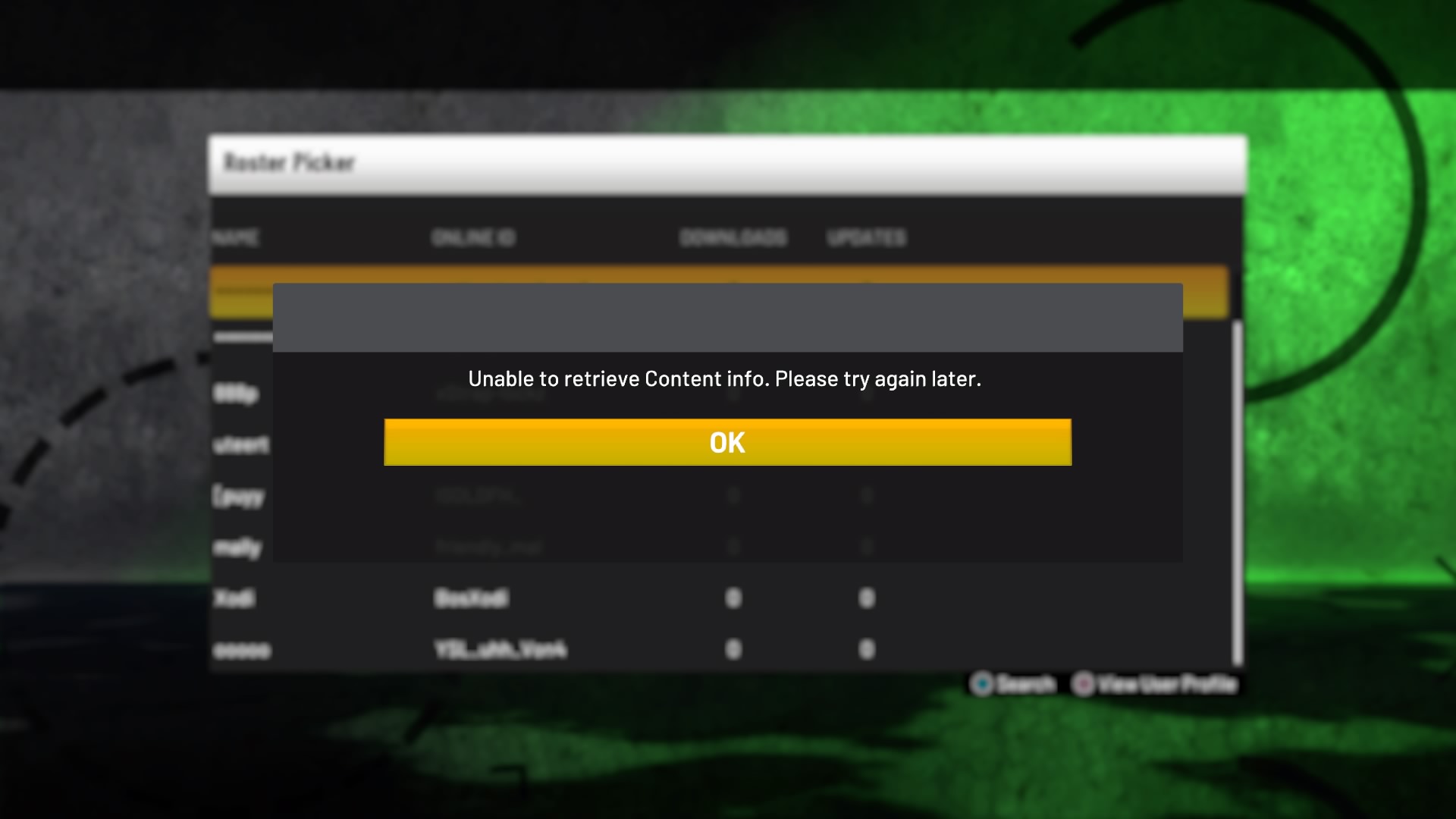 It’s an understatement to say that NBA 2K21 hasn’t had the smoothest of launches. It has mainly been frustrating for those who’ve wanted to create and share custom rosters through 2K Share. So, don’t fret – you’re definitely not the only one. Most evident, if you head into the list of user-created rosters in the game, there isn’t a single roster or draft class that has been downloaded. This is all thanks to an annually-plaguing error.

What does unable to “retrieve content info” message mean?

You’ll first spot the error when you attempt to download any one of the rosters shown. The screen then states that you’re “unable to retrieve content info,” but it’s not your fault, nor does it have anything to do with your internet connection. Since NBA 2K15, the error has been a nightmare to fans and mainly indicates that a sector of the 2K servers are down.

In past installments, the bug lasted anywhere from three days to almost two weeks. As 2K has already released two 2K21 updates without acknowledging this, it seems this will continue for a substantial amount of time.

Is there a workaround?

Currently, hardcore fans have found only one scapegoat. Thanks to the new (and currently functioning) ‘MyLeague Share’ option, in-game creators have uploaded their MyLeagues with their most popular rosters. It can be a confusing process if you haven’t used the feature yet, but we can help you there, as well!

If you’re still not satisfied with the end result, you should try to see if there are any newly available updates for the game. With this being such a major problem, keep checking every day or so, and hopefully, 2K will come through to fans soon.