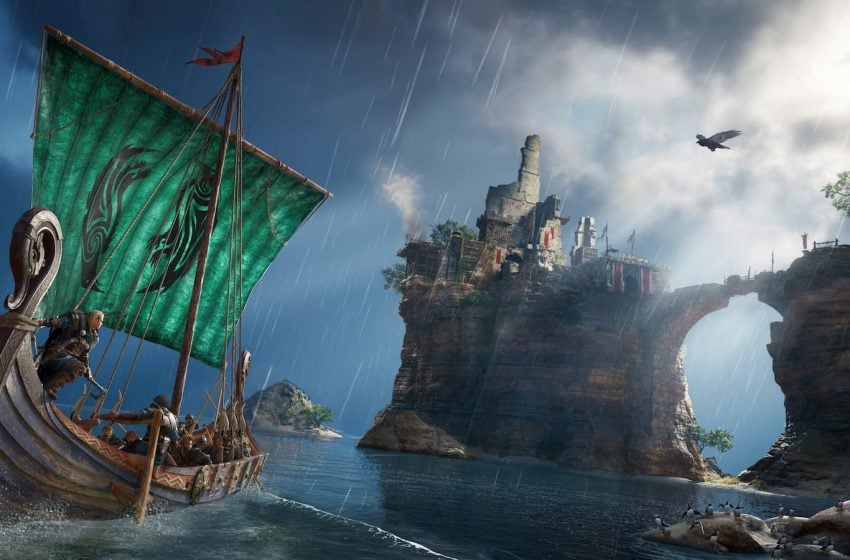 With Assassin’s Creed Valhalla, Ubisoft is taking players to both a different part of the world and a different period of time than the series has covered before. Taking place in Norway in the ninth century, Assassin’s Creed Valhalla will start players off in a hostile environment beset by war before bringing them to the more promising land of England, where they won’t be greeted warmly, to say the least.

Given the long trek and the game’s Viking theme, it’s clear that Assassin’s Creed Valhalla’s characters are in for some ocean travel, but will players get to take part in sailing and naval combat for themselves?

As of the first reveal of Assassin’s Creed Valhalla, Ubisoft is keeping a tight lid on most of its gameplay. We know that players will raid enemy settlements while building up their own and face off against King Alfred of Britain, but there’s plenty still under wraps. One thing that hasn’t been explicitly confirmed by Ubisoft is how ships will work in the game, but there are already a couple of good leads.

First and foremost, raiding distant settlements and even getting to Britain in the first place will require ships. Ubisoft has confirmed that the player character, Eivor, will have a longship of their own to command, and much of the game’s promotional art focuses on sailing.

One obstacle to large-scale sea battles in Assassin’s Creed Valhalla comes simply from the time it takes place. Even if Ubisoft Montreal wants to explore naval battles in Valhalla, the ships available to Vikings in the 800s are far less developed than the formidable vessels that players had access to in Black Flag’s 1700s setting.

Even if full naval battles aren’t on the table, it’s a good bet that player-controlled ships will be. Real-life Vikings made full use of their longships to both hit raiding targets where their defenses were weak and escape without giving their foes a chance to strike back. Given how important raiding looks to be in Assassin’s Creed Valhalla and Ubisoft’s confirmation that it will be an open-world game, there’s good reason to prepare yourself for plenty of shipboard adventures before its release.