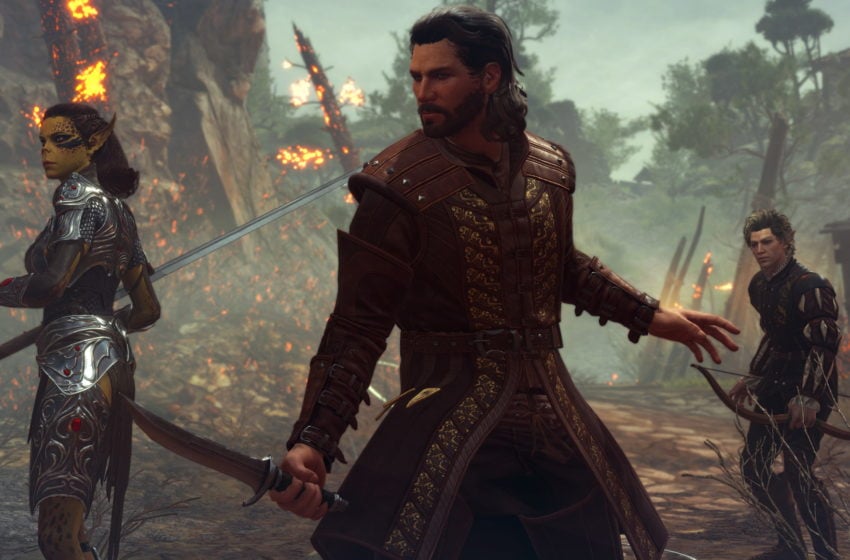 Your primary goal in Baldur’s Gate 3 is to survive and make it through the campaign with every limb still intact. The first part of the game is your character attempting to escape the dreaded Mind Flayers who a tadpole inside your head. It will eventually eat your brain, take control of your body, and then turn you into one. In the middle of this madness, players are curious if the companions you pick along the way can potentially become love interests? Larian Studios senior writer Adam Smit and creative director Swen Vincke confirmed it.

Smith and Vincke briefly touched on those details during the Panel from Hell live stream with Summer Game Fest, hosted by Geoff Keighley. A fan watching the stream from YouTube brought up the inquiry about romance options.

Smith is straightforward about it, saying a resounding, “Yes, there will. I don’t want to tell you too much about them because we don’t want to get into them too much. Romance is best discovered by yourselves. You don’t want me to describe your romance to you, and you want to experience it. But yes, romance is a huge part of the game. The campsite gets a bit hot at times. There’s a little bit in early access.”

There’s no middle ground about that answer. Your character in Baldur’s Gate 3 has the chance to find love, and it’s what fits them best. Smith skirts around defining what romance is in the game. The ambiguity likely means there are several individuals and companions your character can fall in love with, granted the pieces fall into place. You probably have to choose the correct path of options for the available characters you have in your party. This may include making successful rolls during skill checks or even completing a particular quest for them.

Smith did confirm that romance is a part of the Baldur’s Gate 3 early access experience, which will be available on September 30. Given the freedom of the game and how you play your character, you could miss it if you don’t make the correct decisions.