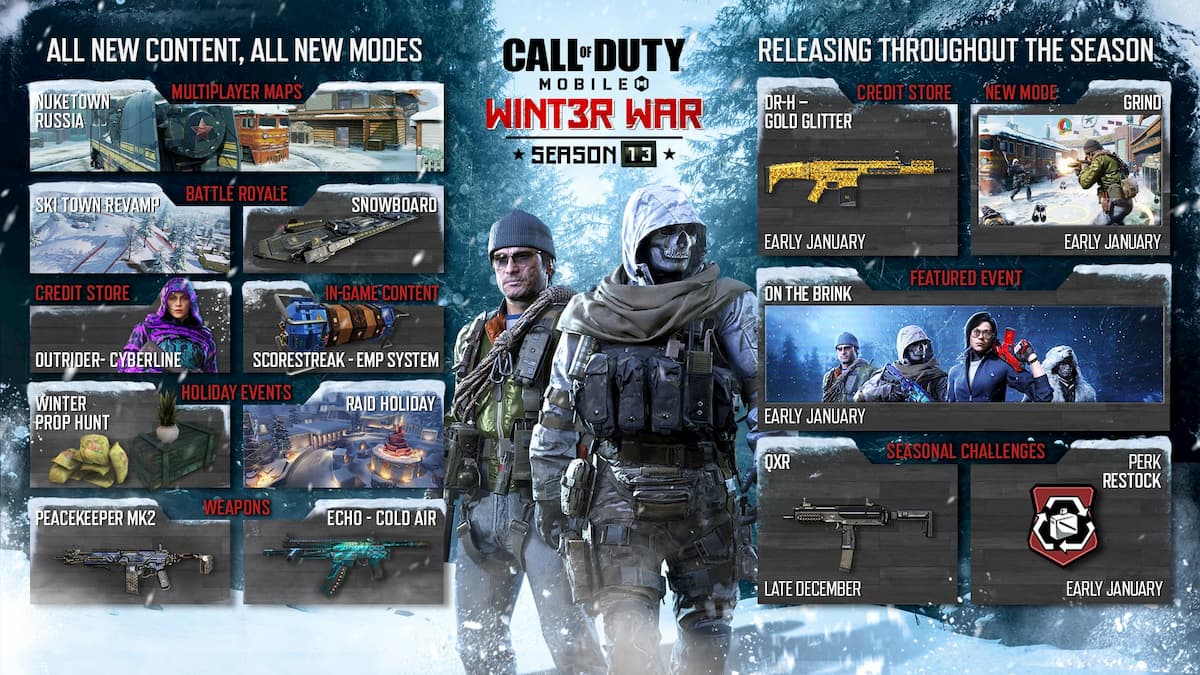 The latest season for Call of Duty: Mobile dropped yesterday, and it adds tons of new content including new maps, in-game items, and much more. There is a new battle pass as well, with new challenges and missions which players can complete to gain some exciting new rewards. After releasing the update, Activision has announced the roadmap for Call of Duty: Mobile Season 13.

As Season 13 progresses, there is a lot to come in Call of Duty: Mobile. Starting off with the QXR SMG which will be available in late December, the Perk Restock will make its way into the game in early January. Both of these will be available via seasonal challenges.

Apart from that, the DR-H Gold Glitter will be arriving in the in-game store in early January along with a new game mode, Grind. Grind is a classic game mode in which players need to collect enemy dog tags and send them to storage for points. A new featured event ‘On The Brink’ will also be released at the same time. There isn’t much known about the event yet. Here is the complete roadmap for Call of Duty: Mobile Season 13.

While Activision hasn’t revealed the exact release dates for all of these, we can expect them pretty soon. As players wait for more content to arrive, they can finish some battle pass challenges and grab some exciting rewards.