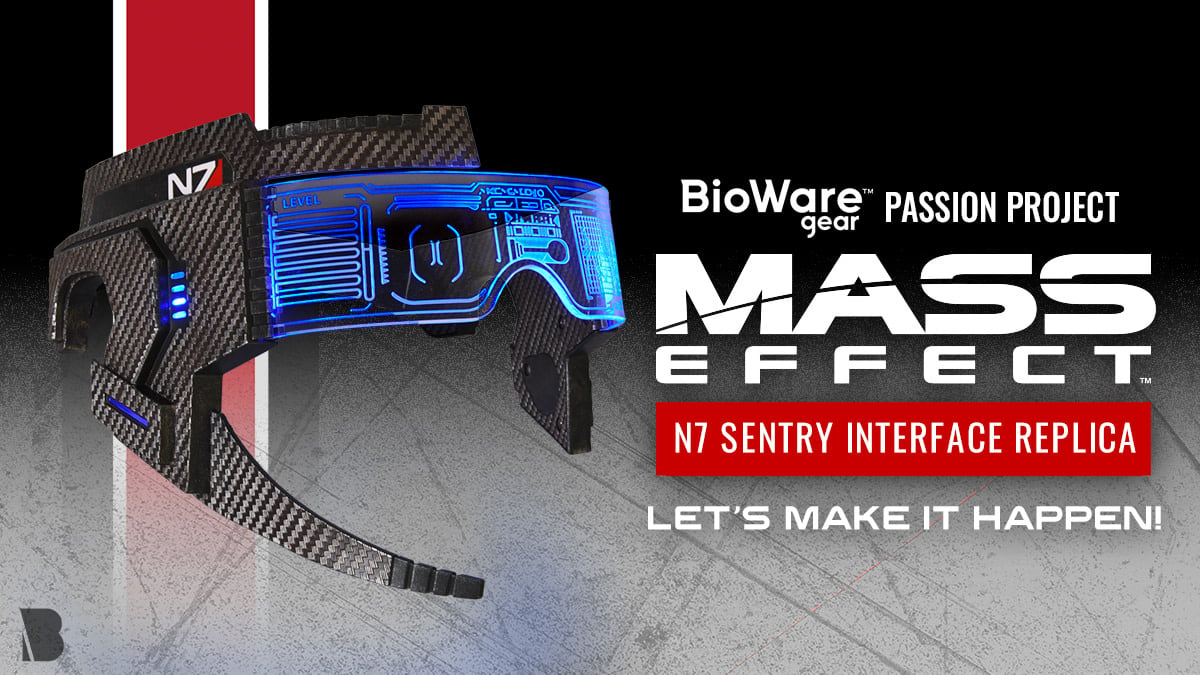 BioWare announced via Twitter today that it plans to sell a wearable replica of the N7 Sentry Interface headset prominently featured in the Mass Effect series. BioWare defined the product as a “BioWare Gear Store Passion Project,” which means that the product will only be produced if at least 3,000 units are preordered by December 8, according to the headset’s store page.

The headset is modeled after the Sentry Interface visor featured in Mass Effect 2 and 3, which enhanced the strength of Commander Shepard’s shields. It’s safe to assume the replica probably won’t include that feature, but it will have four battery-operated LED lights, a carbon-fiber textured headpiece, and a transparent visor. BioWare also posted a YouTube video showcasing the unit in action, which you can check out below.

At the time of writing, the project has sold 528 out of the 3,000 units it requires to be produced. You can preorder it for $50, but don’t expect to receive it right away; its estimated shipping date is September 2022, unless you’re one of the first 500 to purchase, in which case yours will ship one month earlier in August.

This announcement comes one day after “N7 Day” — the celebration of the Mass Effect franchise that occurs on November 7 of each year. As part of N7 Day, BioWare also released a breakdown of what choices players made while playing Mass Effect: Legendary Edition, and also unveiled new artwork teasing the next Mass Effect game.