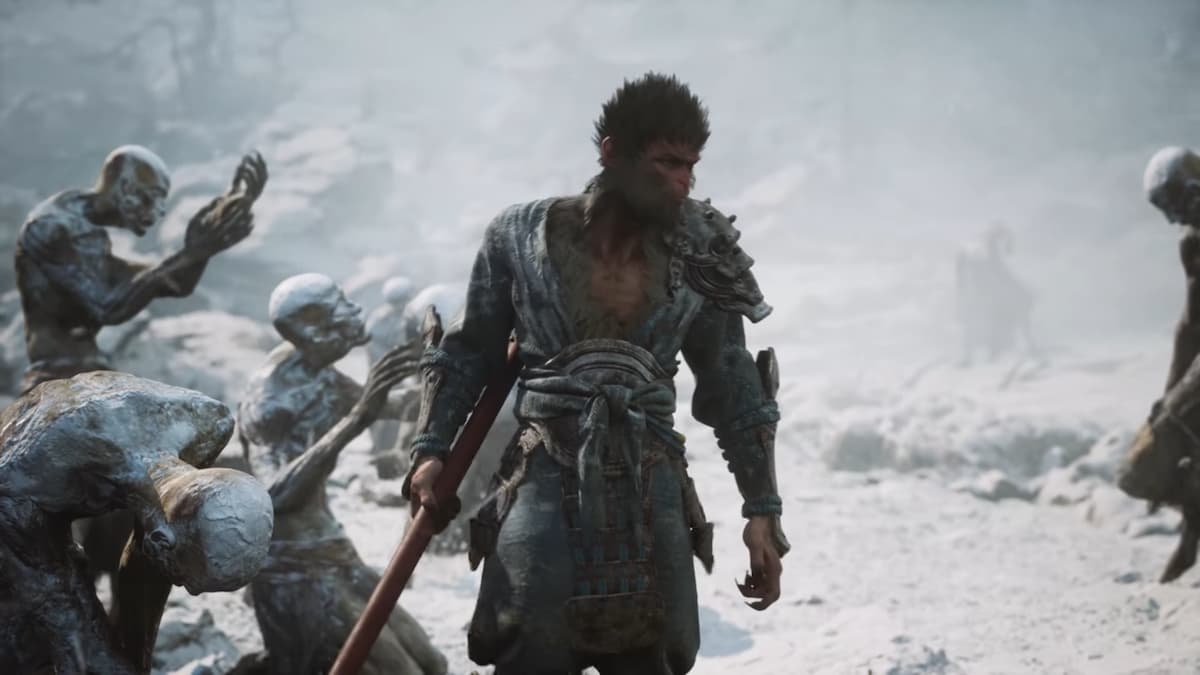 Black Myth: Wukong is an upcoming action-adventure RPG from Chinese indie studio Game Science, which received plenty of attention and praise when its first trailer debuted a year ago. At that point, the development team of 13 was developing the title with Unreal Engine 4, but now the already visually impressive single-player game is being developed with Unreal Engine 5.

The studio released a brand new 12-minute gameplay test trailer, recorded in real-time and is supported by NVIDIA DLSS technology. After a brief narrative opening, the gameplay test starts in a snowy mountainous area; the graphics are incredibly gorgeous. The protagonist WuKong, and the many enemies he faces off, move through the snow realistically, with snow even scattering around as they run or with a swing of their weapon. There are also sections of the trailer that show off leaf effects and stone floor destruction.

Combat looks fast-paced and satisfying, and it seems that patience and properly timed dodges are vital. As an example, WuKong was punished by foes during combat for rushing in too early. The later parts of the trailer showcase some interesting enemy types, each posing a unique combat challenge.

Black Myth: Wukong will be coming to “all mainstream consoles and PC,” with no official release date at this time.