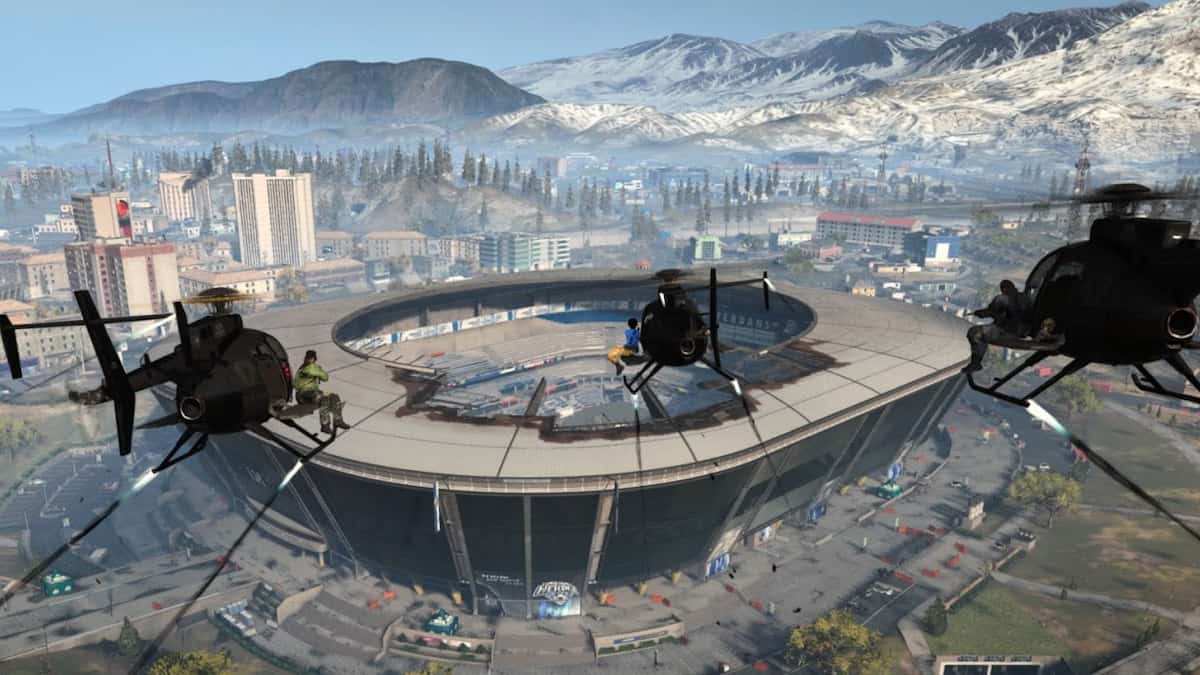 It feels there is always talk of a new Call of Duty: Warzone map with almost every season that comes and goes. However, this latest season of the battle royale has already become such a tease; it is borderline guaranteed that players will soon wave goodbye to the current map. So, when will the next Call of Duty survival island introduce itself? Apparently, by next season.

According to a new report from VGC, the battle royale will soon retire the Modern Warfare-inspired island and substitute it for a “1980s reboot” that features Black Ops related locations in Verdansk. Additionally, the publication claims this transition will be made via an in-game event on April 22 that may involve the newly-discovered nuclear warheads.

To back these claims, Reddit user Bulgarian_Yogurt shared what appears to be a snippet of a future Warzone commercial. In the 10 second clip, it displays a barely-built Stadium, the Dam being replaced by a long bridge, and a number of never-before-seen Russian bases.

Of course, this unbelievable series of events is not confirmed, but there’s one Easter egg that does everything in its power to convince you otherwise.

In all three of Warzone’s latest bunkers, there currently are control rooms beside these nuclear warheads that point to these missiles being slowly activated. In each of these rooms, a computer monitor displays a disturbing human skull with a percentage underneath it. As it stands, that percentage is slowly growing with time as it is seemingly making its way to 100%.

Of course, this could be just a callback to Black Ops Cold War’s campaign, but this ominous Easter egg certainly feels more than just a neat little reference. It marks the first time players have to worry about something more than themselves and may also mark the last time we ever see Verdansk as we know it.