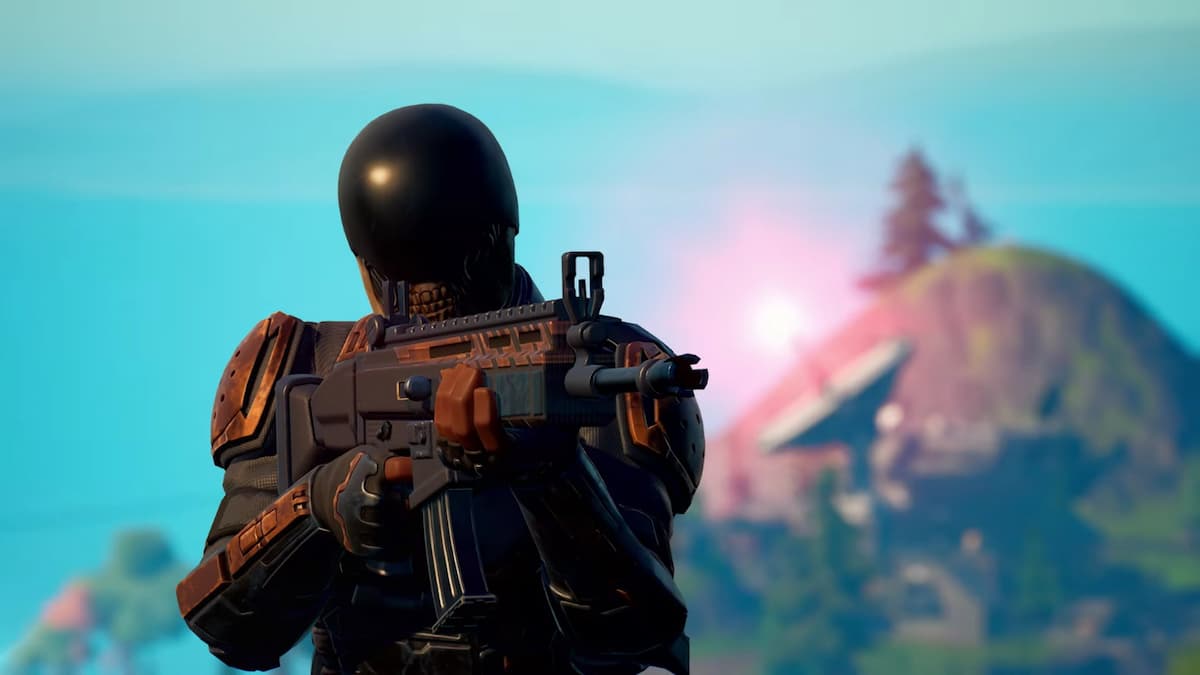 Never a game to shy away from including some hot topic superheroes, Fortnite will be bringing Bloodsport to the game on August 3 at 8 PM ET. To make the announcement, a trailer was released to the official Fortnite Twitter account featuring Idris Elba.

Elba plays Bloodsport in The Suicide Squad, the latest DC Comics film that has been direct by Guardians of the Galaxy helmer, James Gunn. The movie is currently getting rave reviews and seems to be a massive improvement on the ill-fated 2016 original that left a lot of fans cold, especially around the portrayal of the Joker, a fan-favorite villain for DC Comics.

Bloodsport is a lethal killer in the DC Comics universe, coming dangerously close to taking out Superman himself. He will be available in the item shop, although any bundle details and pricing have yet to be revealed.

This won’t be the first time a DC hero has appeared in the game, and the aforementioned Superman is due to show up later in the season. Bloodsport will be joining the likes of Batman, Harley Quinn, Beast Boy, and the Joker on the island.

Fortnite is certainly an extremely interesting property as it is one of the few places in the world you can see DC and Marvel superhero endlessly tussle with each other, as both comic giants have had so many of their characters appear in the game over the years.