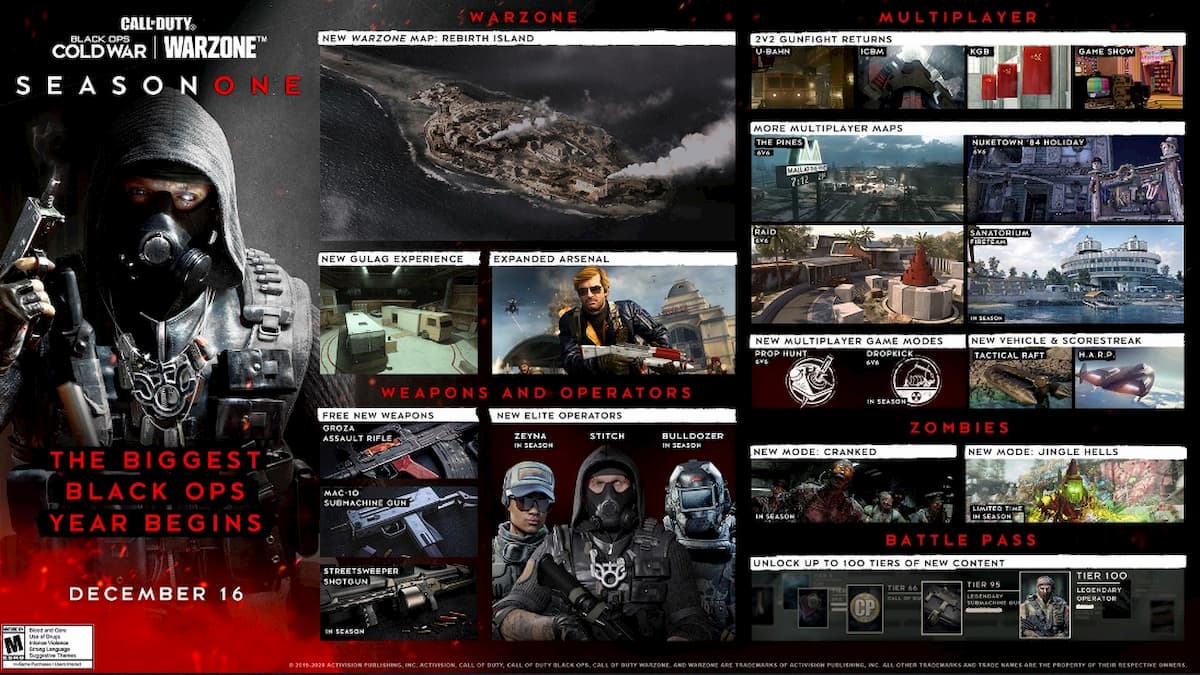 For a long time, Activision and Treyarch were teasing the new seasonal update of Call of Duty: Cold War Black Ops, calling it the biggest free content drop in Black Ops history. Along with this, the Season One update will integrate Black Ops Cold War and Warzone with new maps, weapons, operators, and more.

Season One update will go live on December 15 at 11 PM (PT) on all platforms. Treyarch has released the official patch notes of the upcoming update informing what new content can be seen in the games.

* = Denotes content or feature available at the start of Season One.