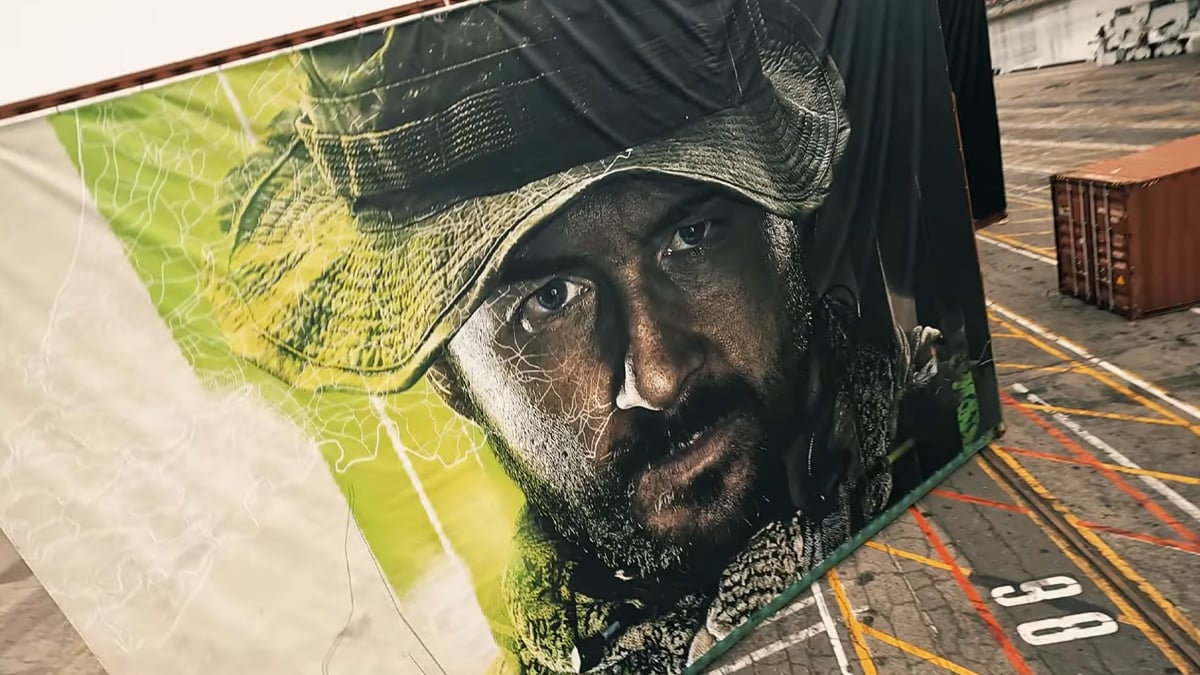 Ever since Modern Warfare II was confirmed as this year’s Call of Duty title, there’s been endless speculation about what the game would entail. Call of Duty players have a strong connection to the name — and to the game that first bore it back in 2009. As it turns out, the cast of that 13-year-old game will indeed be returning for this outing.

The theories started when the Task Force 141 logo was spotted in the initial Modern Warfare II teaser. Even with that image, it was still possible that the game could have featured new soldiers under the previous squad name. Then more teasers appeared on various apparel and accessories during the NFL draft, this time with explicit references to characters like Ghost. Now we know that he’ll be back in 2022’s game, along with Price, Soap, and Gaz. Their names are written in the description of the new Modern Warfare II artwork reveal video. As drone footage whips viewers around a shipyard, we see murals of the various characters, along with a brief teaser for June 8 — expect to see more Modern Warfare II on that Wednesday.

Speaking of “more,” Task Force 141 is getting a new member for this game. In addition to the aforementioned soldiers, the squad is adding Colonel Alejandro Vargas of the Mexican Special Forces. We don’t know anything about Vargas beyond name and rank, but it takes a skilled soldier to land the Task Force 141 gig.

The video ends with one other important bit of information: the release date. We might not have seen the gameplay reveal yet, but we know that Modern Warfare II will arrive on Friday, October 28. We already knew it was getting a fall release, but it’s nice to have a specific launch day. The game is being built on an all-new engine — the same goes for Warzone 2.