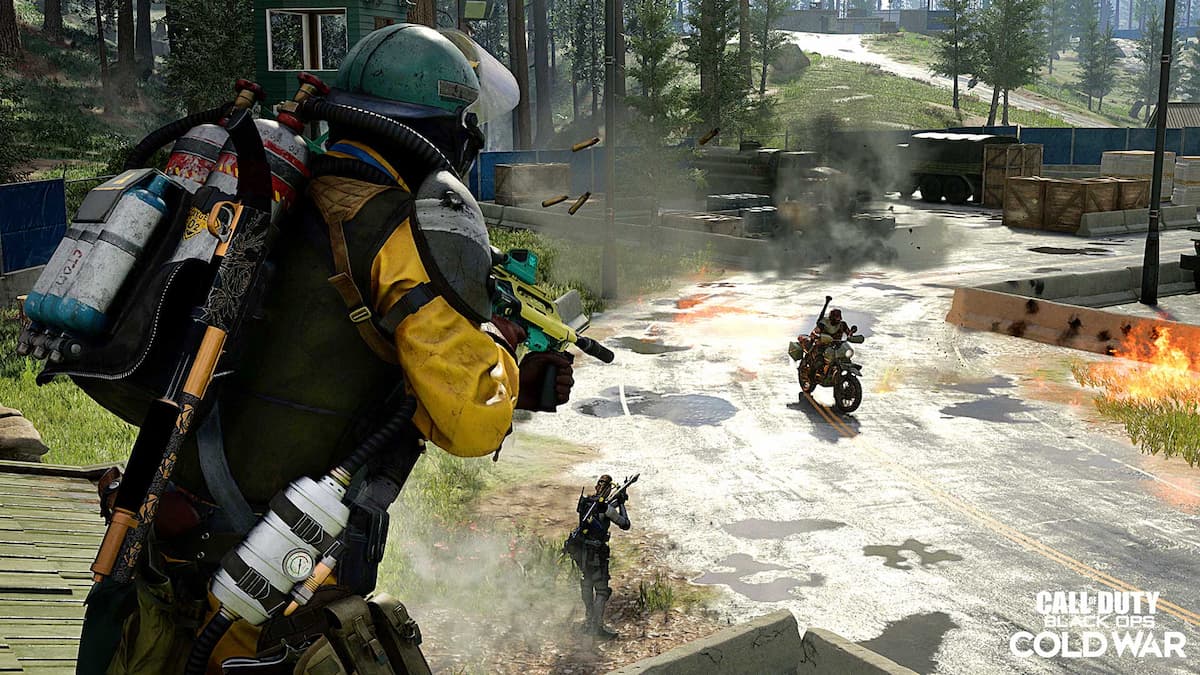 Call of Duty: Warzone has had a series of live events launching for the start of Season 3. The staple map, Verdansk, has slowly been overrun by zombies since the release of Call of Duty: Black Ops Cold War, and on April 21, a live event occurred was at 3 PM ET where all players who were killed become zombies, and at the end of the match, a nuke landed at the center of Verdansk, cleansing the zombie threat. Today, the second part of the Destruction of Verdansk Part 2 starts, and in it, players returned to Rebirth Island at night, where they launched the nuke that went to Verdansk.

The Destruction of Verdansk Part 2 had players competing in a standard battle royale match. Any players eliminated during the match were able to buy back in immediately. Players had to fight against each other to survive and locate the nuclear device that landed on the map. The player holding the device had to hold on to it until the timer filled, and then they were able to use the device.

When the device reached 100%, the players holding it could call the tactical nuke. The device went off into the distance and landed on Verdansk. The mushroom cloud would be on the horizon, and the winners who pulled the trigger were dubbed the ‘Destroyers of Verdansk”.

A cutscene plays for everyone in the lobby at the end of the event, showing off many of the images on the Rebirth from the Ashes website before the live event.

Following the end of the event, all players in the lobby transition to the new 1980s version of Verdansk, with a handful of new locations and landmarks for them to explore to compete in a new battle royale match. It’s not the complete rework a lot of players were hoping for, but because the map is considered a ‘Flashback,’ the future of Verdansk remains in question. We’ll likely learn more over the next few months and in future seasons.