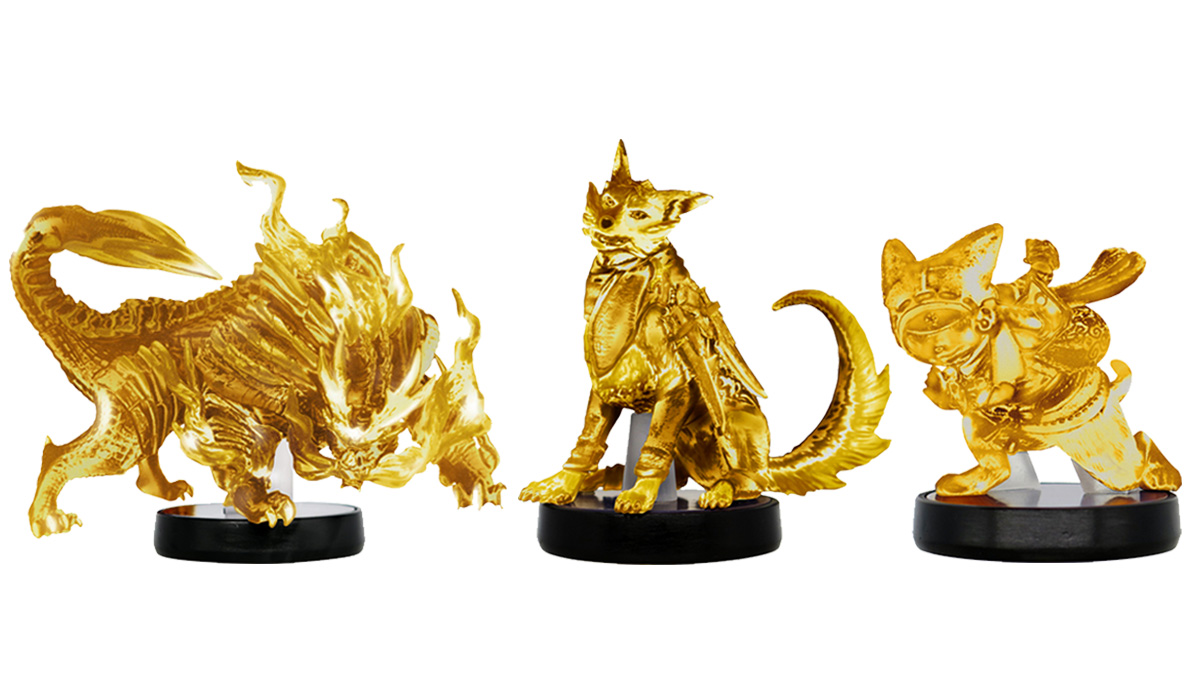 To celebrate Rise’s upcoming release, the game’s developer revealed the news on its official website and what criteria fans would need to meet to enter the competition. Unfortunately for the US and European Monster Hunter enthusiasts, the competition is exclusive to Japanese fans as the lottery has been planned in conjunction with Japan-based 7-Eleven stores

To enter the competition, Monster Hunter fans will need to buy a download card from a 7-Eleven shop between January 25 and April 11. Cards have to be redeemed through the Nintendo eShop before April 12 to enter the prize draw officially. All entrants will receive a Monster Hunter Rise digital wallpaper as a small gift, and there will be 711 prizes on offer to those who enter. It is the gold amiibo set, though, that participants will have their eyes on.

As part of the announcement, Capcom showcased what the special edition amiibo may look like. However, the company stated that the designs were subject to change and that the real models will be revealed soon. There is no word on how many sets will be made available, but regardless of their number, these sets will certainly be collectors’ items for years to come.

Monster Hunter Rise will launch exclusively on Nintendo Switch on March 26. A demo is currently available to download from the Nintendo eShop.