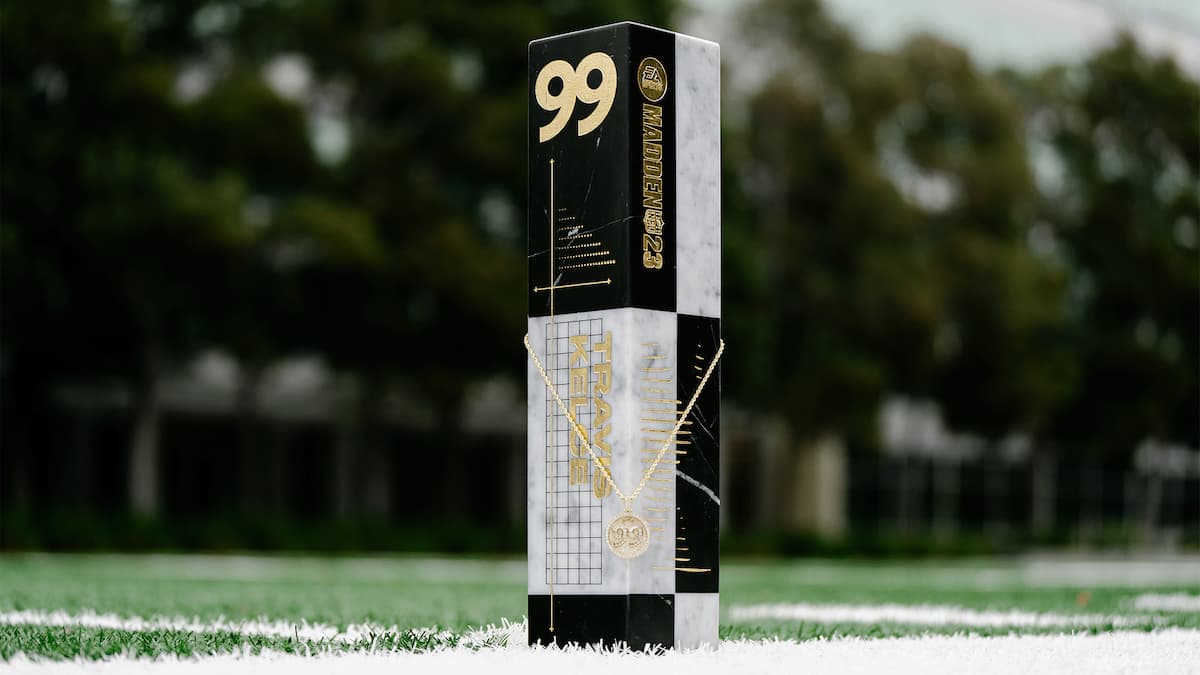 A new Madden 23 roster update is set to hit consoles later today, and it will come with a much-deserved upgrade. Kansas City Chiefs tight end Travis Kelce has torched opposing teams’ defenses all season and has been a key cog of the AFC West champions. The Chiefs locked up the division last week, thanks in part to the eight-time Pro Bowler. Now, Kelce will receive an honor that he has already been given twice by the Madden NFL team: a spot in the ’99 Club.’

The 33-year-old has been arguably the best tight end over the past five seasons but has dominated in 2022 now that he is the clear top target in Kansas City. Across 14 games, Kelce has already eclipsed the 1,000-yard receiving mark for the seventh consecutive season. The 2019 Super Bowl champion is also the current league leader in receiving touchdowns (12).

The standout season from Patrick Mahomes’ favorite target has earned a return to the famed ’99 Club’ for the third season. For those unaware, the 99 Club is the group of players that receive a 99 OVR rating in Madden.

Upon receiving the new rating, Kelce was awarded a special chain and trophy to go along with the honor.

Kelce is not the only player to receive a rating update this week. Washington Commander’s rookie running back Brian Robinson will also see his rating jump after a strong week against the New York Giants. Robinson accrued 89 yards on just 12 carriers in a loss on Sunday night to the Giants. Robinson’s rating will jump up to 79 OVR as part of the Gridiron Fan Boost for this week.

Of course, if you’re looking to get some other players with big upgrades in Madden Ultimate Team, we’d recommend checking out the Zero Chill Field Pass. There are several boosted players you can pick and add to your team as you work through the pass.