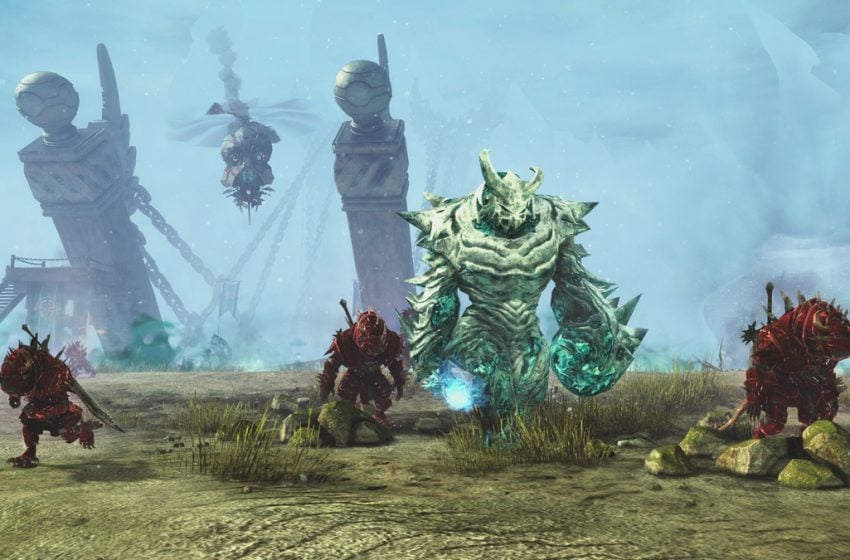 Friends will become foes soon in Guild Wars 2 after developer ArenaNet revealed the release date for the next installment in The Icebrood Saga.

No Quarter — the third chapter in the current storyline — lands on Tuesday, May 26. A teaser trailer on the Guild Wars 2 YouTube channel was released alongside the announcement and offered a glimpse into what players can expect to see in-game in three weeks.

No Quarter takes its inspiration from Guild Wars 2‘s World vs. World mode and pits former allies against each other as disagreements between them cause huge rifts that could spell disaster for Tyria.

Ryland Steelcatcher’s United Legions will be plunged into an internal war against Bangar’s Dominion forces within the Drizzlewood Coast, a new unexplored area of Tyria set inside the Woodland Cascades. Players will be thrust into a huge map-wide battle for supremacy, with a gigantic meta-event full of fortress sieges and capture points.

Other new features coming to Guild Wars 2 in No Quarter include a new United Legions Waystation mastery, a new tier to Essence Manipulation tracks patched through in Chapter One, a “play dead” emote, Bear Shaman armor set, weapon skins, and charr-themed backpacks and helms.

No Quarter will be available to download for free for all players who own the Path of Fire expansion. For those who don’t own this pack, the Standard and Deluxe editions are half-price on the official Guild Wars 2 website.