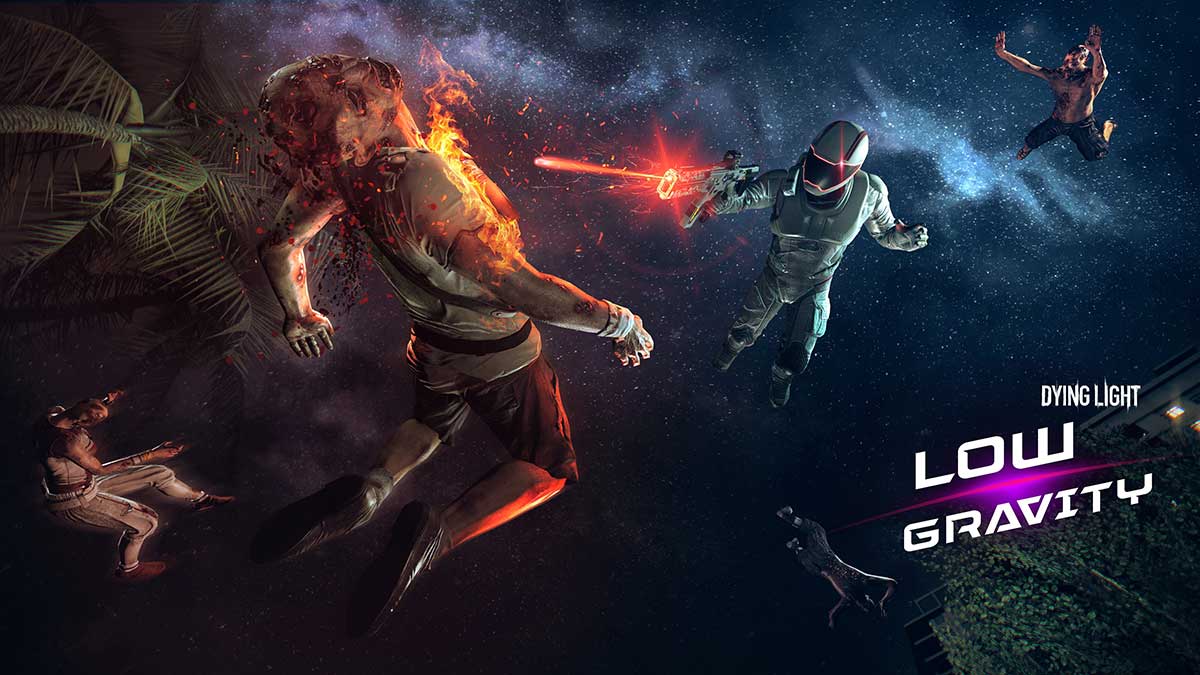 Developer Techland today announced a brand new event for Dying Light: Low Gravity. Not only does this event bring something new for players to experience in Harran, but it also launches alongside a new DLC pack with a few space-themed cosmetics.

The Low Gravity event sees alien invaders tampering with Earth’s gravity, affecting both players and enemies around Harran. During the event, which is live between now and 10 AM PT on September 1, players will be able to jump higher, fall much slower, take next to no damage from high falls, and be able to use the grappling hook to zip towards targets quickly.

However, the infected will also benefit from increased jump distance and slower falling, meaning they won’t always die from a long drop. There’s also the occasional crashing spaceship to worry about, which can either kill you or cause localized mayhem.

As with most of Dying Light’s events, there are community challenges and rewards for players to earn in this one. For defeating 100 enemies in their own offline game, players will unlock the gold V-27 Chameleon Machete. In addition, the global event requires players to kill 100 million infected during the event, awarding everyone three King Upgrades if completed. If nothing else, this is a good excuse to get back into the game while you wait for Dying Light 2 to release.