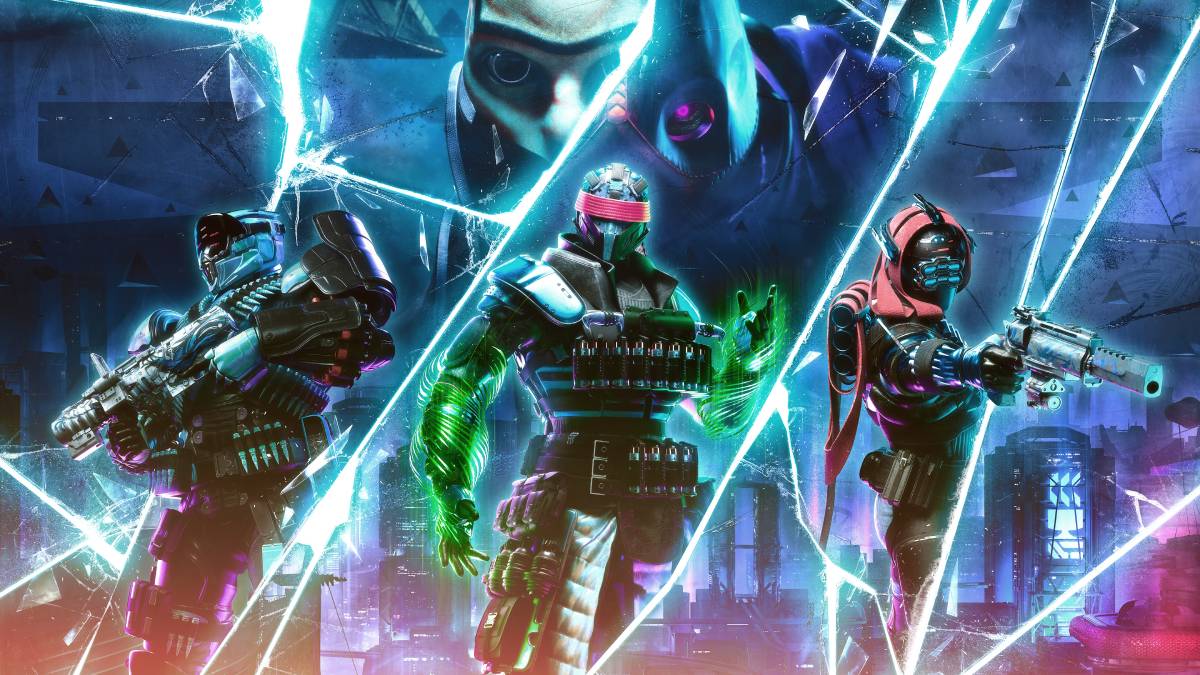 Bungie shared a new look of Destiny 2: Lightfall, the next major expansion for the game, at The Game Awards 2022. The trailer featured the new Strand Supers in action, a look at some of the weapons, and watched the newest enemies of Humanity face off against Guardians and even some things they weren’t expecting.

The trailer starts by showing off the sheer verticality of Neomuna, the city on Neptune that’s the centerpiece destination of Lightfall. With Osiris narrating over them, a Hunter jumps from a skyscraper, activates Strand, and lands among a group of Cabal invaders, vaporizing them.

Destiny fans are then treated to a brief showcase of new weapons: a Fusion Rifle, Sniper, Heavy Grenade Launcher, and Auto Rifle, all decked out in neon purples and blues. The first real treat comes shortly after: a Titan activates Thundercrash, and the Guardian behind them latches on with Strand, catapulting both players into the air.

There is also actual gameplay footage with the new element, including the grapple-onto-anything ability mentioned during the reveal and Strand’s ability to bind multiple enemies together before exploding all of them at once.

Titans get big, green energy claws they can use to slice their way through the opposition, similar to the Behemoth Super that comes with Stasis. They can also generate shockwaves in front of them. The Hunter summons a long energy rope that can cover a lot of area around them, and the Warlock sends out threads that disintegrate whatever they touch. We also got a brief look at the new Tormentor boss-level enemies, which have a powerful grab attack and look imposing.

The trailer ends with some cutscenes, including a space battle, a Cloudstrider cutting through the Neomuna skyline, a Guardian hanging onto a jumping ship for dear life. Also, in a surprising twist, the Witness — the Traveler’s ancient enemy and architect of Humanity’s ruin — encounters a portal to what is like the garden of its birth, expressing shock. Whatever it sees shakes this galaxy-ending threat to its core.