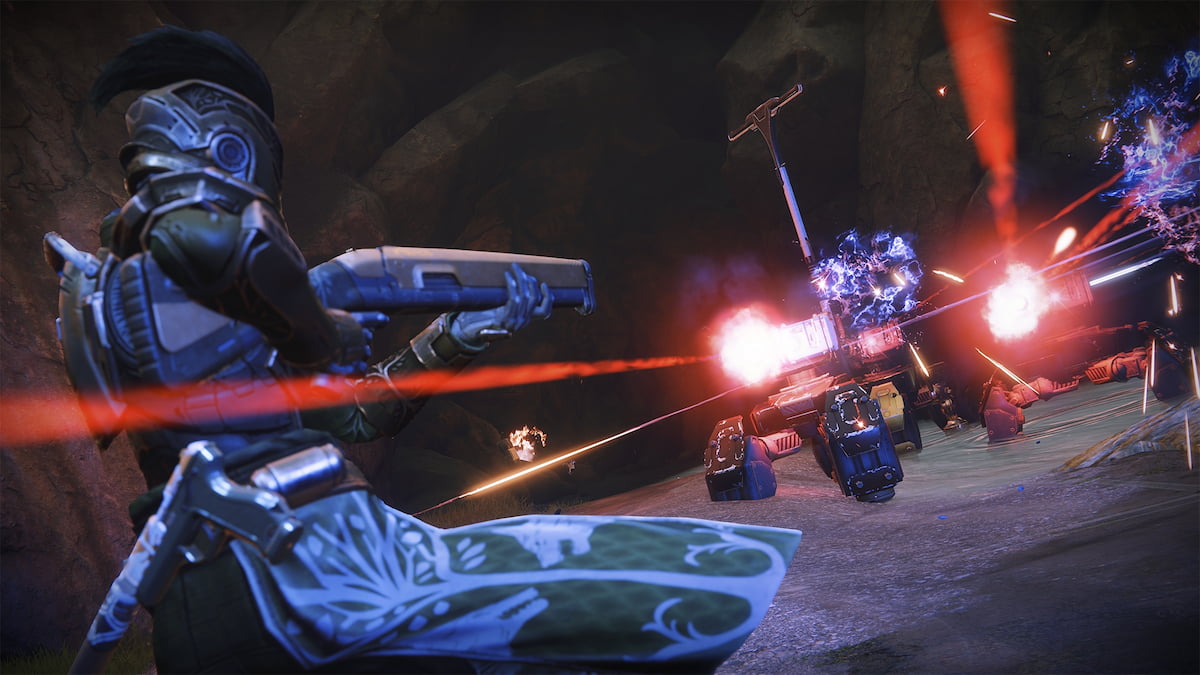 For Destiny 2’s This Week at Bungie (TWAB) post, things are a bit light following the arrival of The Dawning 2022 event earlier this week, but there’s still much to look forward to with the upcoming arrival of Iron Banner’s forthcoming game mode, Fortress. It’s an intense firefight with a Cabal-based twist thrown in to keep Guardians on their toes as they face off against other Guardians in early 2023. Alongside the regular news from Bungie, the community also give their best to a veteran member of the team, senior community manager Dylan Gafner, who makes a career change.

The upcoming Fortress game mode will arrive on January 3, 2023, kicking off the year with a new way to play. Players will capture and hold zones while attempting to repel opponents looking to conquer them for their team. However, partway through the game, Empress Caiatl’s Cabal will join the fray, and the objectives will change, forcing Guardians on both sides to change tactics. So far, Bungie is remaining quiet about these finer details, and we’ll have to see how those objective changes alter the Iron Banner competition when it goes live.

Related: Destiny 2 fans are hit with nostalgia in this week’s battleground activity

The mode will also see the return of the Dark Decider auto rifle and Gunnora’s Axe shotgun. The Dark Decider was initially introduced during Season 3 of the game, and Gunnora’s was around during Season 7, and they haven’t been around for quite some time. Players will be eager to add these weapons to their vault, especially with the new perks and an Iron Banner Origin Trait attached to them. Alongside these two weapons, there will be an Iron Banner armor refresh, giving Guardians some slick armor to add to their collection during the event.

At the final part of the TWAB post, the team, and community, wish farewell to the team’s senior community manager, Dylan Gafner, known to many as dmg04. Gafner has been a part of the Bungie.net community since 2004 and has been an integral part of Halo and Destiny for years. Gafner made his farewell announcement hours before the TWAB post on his official Twitter page.

With 2023 on the horizon, the Season of the Seraph will continue to go strong in Destiny 2, with the second exotic quest coming next week. All of this is building up to the next major expansion release for the game, Lightfall, set to come out on February 28, 2023.