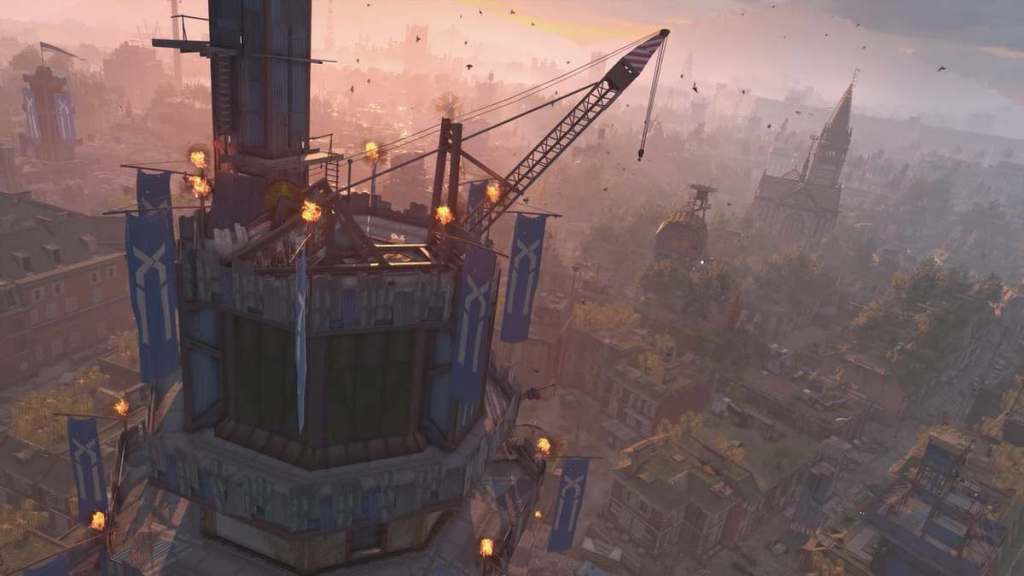 In the latest dev vlog for Dying Light 2 Stay Human, fans got to take a look at the worldbuilding and narrative of the upcoming sequel. As part of the ongoing Dying 2 Know More series, the game’s world director Thomas Gerbaud discussed the human factions that players deal with in Dying Light 2 Stay Human and the city where they will cross paths. The details of this world sound engaging, if not a little reminiscent of the world of Tom Clancy’s The Division.

The main stage of Dying Light 2 Stay Human is the City, a ruined metropolis where the living and Infected co-exist in a fragile equilibrium. The City’s map is drawn according to a tentative agreement between multiple factions of survivors. In Dying Light 2 Stay Human, players will get to interact with each faction over the course of the game, and their decisions and actions will shape the ongoing power balance in the City.

Gerbaud went on to discuss one of the factions in greater detail. The Peacekeepers are a highly organized militaristic group that strives to enforce order in the City. Their methods are sometimes extreme because they are driven by a might-makes-right ideology according to which absolute order takes precedence over human life. In that way, they are very reminiscent of factions like The Division’s Last Man Batallion or The Division 2’s True Sons. In fact, The Division franchise has no shortage of such groups, it even has its own Peacekeepers. It’s safe to say that militaristic zealot factions in the post-apocalypse can only take on so many shapes or names, at least as far as games are concerned.