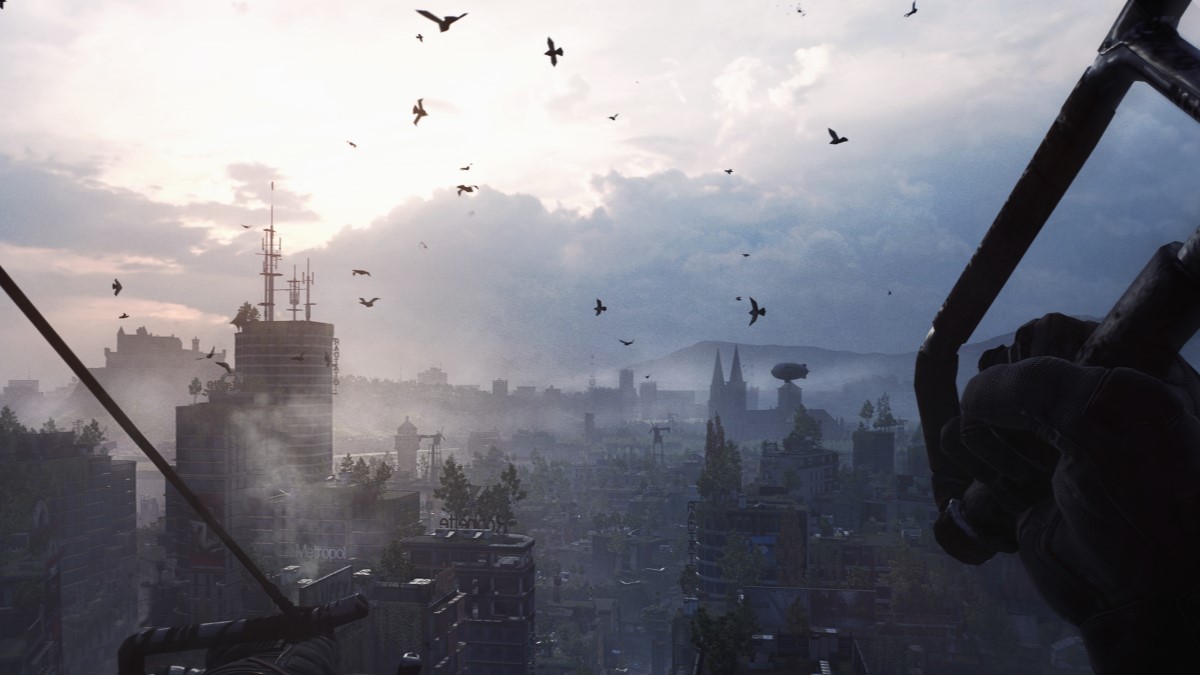 As well as announcing that both Dying Light games are coming to Nintendo Switch, Techland has posted an invitation to the next episode of its dev diary video series, Dying 2 Know. Episode 4 will be available on Twitch and YouTube from 11 AM PT on September 30 and will take an in-depth look at the vast open world of Dying Light 2 Stay Human.

In addition, the video invitation promises that Episode 4 will introduce some new characters and reveal another “famous face” set to appear in the game. It’s already been announced that French parkour legend David Belle has contributed motion-capture, as well as his likeness to an as-yet-unnamed character.

The original Dying Light’s map was approximately 5 km² in total, which isn’t huge by the standards of modern open world games, but it felt big thanks to the level of detail within it, and to the fact that the player could only move on foot. Techland has already promised that the total area of Dying Light 2’s map will be double that of the first game and boast much greater verticality, meaning there’ll be more than twice as much space to explore as before.

Related: How to pre-order Dying Light 2 – Bonuses and editions guide

Previous episodes of Dying 2 Know have presented the game’s story, enemies, weapons, combat and enhanced parkour mechanics in a lot of detail, so expect more next week than just a lot of bragging about how big the map is.