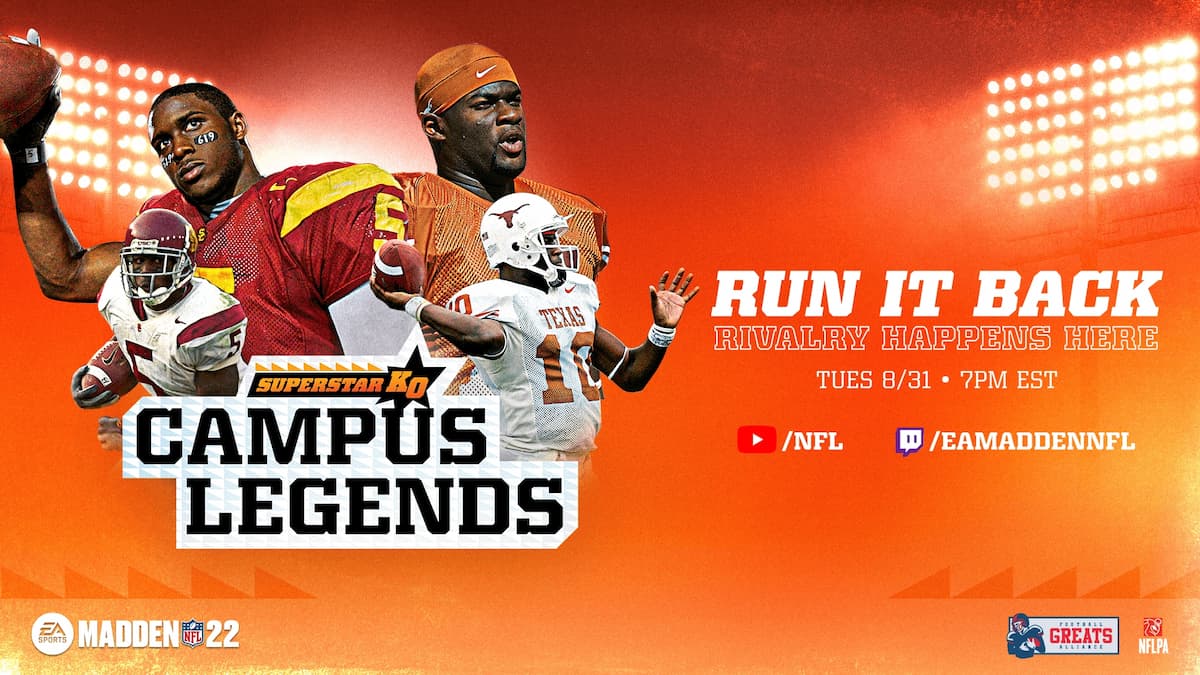 College football will be heading back to the virtual gridiron in the future as part of EA Sports’ new NCAA franchise, but Madden players can get a taste of the action now with a new addition. EA announced that it has added 10 alumni teams to Superstar KO, with past and present NFL players populating these rosters.

The 10 teams are some of the biggest college football schools in the nation. Clemson, LSU, Texas, Miami, Michigan State, Nebraska, Oregon, Florida, Oklahoma, and USC are the schools that can be found in Superstar KO as part of this new content update

These schools are filled with big-name players from college football’s past, from current NFL stars such as Joe Burrow, Kyler Murray, DeAndre Hopkins, and Justin Herbert to former NFLers like Vince Young, Ray Lewis, and Jim Kelly. You can find a full list of rosters on EA’s Madden website.

These 10 teams can be used in Superstar KO as part of the new Campus Legends event. The Campus Legends event will begin on August 31 and run all the way through September 27. The event will kick off with a special Madden YouTube livestream at 7 PM on the 31st, featuring former Texas QB Vince Young and USC running back Reggie Bush.

The two college football icons will face each other in Madden 22, in a rematch of the 2006 Rose Bowl. To play in the new event, make sure to set the Mode setting to Campus Legends, as opposed to the traditional Superstar KO setting.