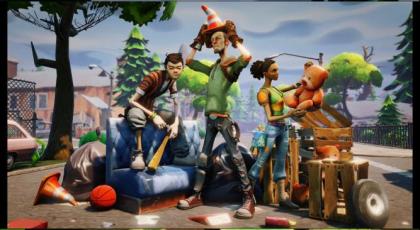 The push for game developers and publishers to be more transparent about the odds of acquiring items through loot boxes is growing, and Epic Games is one of the latest to sign on. Epic joins big names like Nintendo, Sony, and Microsoft in promising to tell players how likely they are to win certain items before they pull out their credit cards.

Last week, the Entertainment Software Association announced that the big three console makers had pledged to require games made for their platforms to disclose the probability of obtaining items through loot boxes. That would apply not only to games developed by those companies but those developed by other companies for their consoles, meaning all console games would be affected. They agreed to implement the new policy sometime in 2020.

After the announcement, the ESA went on to publicize which of its member companies had committed to the pledge. That list included Activision Blizzard, Bandai Namco, Bungie, and Electronic Arts, among others. The list includes some big hitters, particularly considering that companies like Activision Blizzard and Bungie have made a fortune from microtransactions. However, there were also plenty of companies that hadn’t agreed yet, such as Capcom, Gearbox Publishing, Konami, Riot Games, and of course, Epic.

Since then, Epic has reached out to GamesIndustry.biz to say that they would join the pledge to disclose its loot box odds. It has already taken steps in that direction. Fortnite Save the World — the game’s less popular co-op mode — received an update earlier this year that shows players precisely what they’ll get for opening loot boxes, and the Epic-owned studio Psyonix recently announced that it would implement a similar policy in Rocket League later this year. Epic went on to confirm that transparency in loot boxes would be a company-wide policy, saying:

“Going forward, we’re committed to the same transparency for player purchases in all Epic Games titles.”

Epic hasn’t explicitly said whether that policy will extend to everything on its storefront or just games that the studio has a hand in. Either way, Epic’s announcement of support for loot box transparency is a big deal. Fortnite makes all of its money from microtransactions, and its popularity with younger players has put it in the spotlight amid the recent conversation about potential loot box regulation from lawmakers.