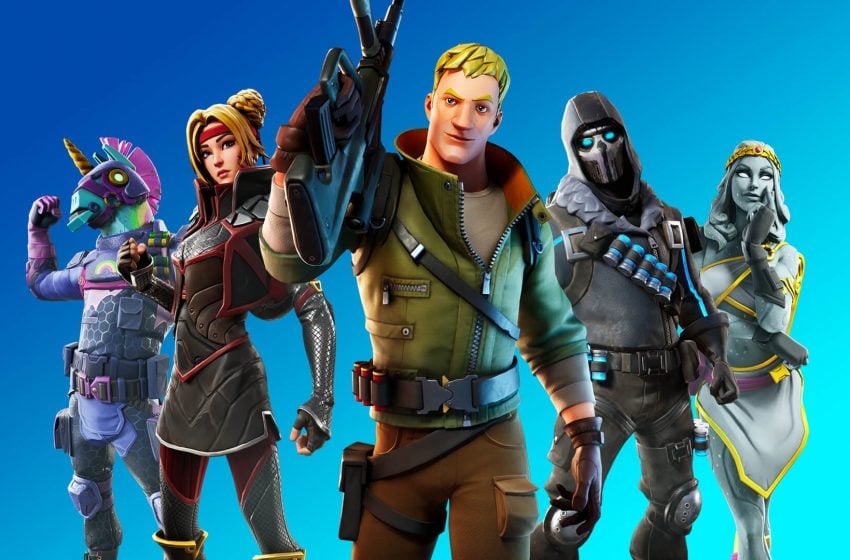 Epic Games are gearing up to make some big changes to Fortnite, with the v11.50 update expected to launch on Feb. 20. It has been hinting at these new features through teasers that have been popping up all over the world, such as posters and billboards.

These teasers have featured a gold handprint with a phone number that, when called, have revealed snippets of information about the new update, but Epic have now given fans relief from the suspense on their Twitter. On Feb. 18, it tweeted a graphic that includes an image of a golden stick of dynamite. Dynamite is an old item from the game.

This got fans talking about the possibility of gold in Fortnite and what it means logistically—will it be harder to destroy? Will explosives be the only way of destroying it?

The first teaser came out on Feb. 17, confirming the patch’s release date with a gold handprint.

As more were released, a blurred image began appearing, and more information was revealed as more of the transmission was “intercepted,” and the rest of the tweet, once crossed out, was now visible.

After a couple more hints, the final teaser was revealed. The blurred image from previous graphics turned out to be the face of a character, with Chaos Agent’s mask floating in front of their face. The gold shards around the character seem to feature a base-like location.

Although this is pretty ambiguous at this stage, there are theories that a new skin could be coming with the new update.

It didn’t take long for fans to analyze the full teaser, and some members of the Fortnite Reddit put the image through Photoshop to reveal a location hidden in the background. The location has been identified as an updated version of the central Eye Land location, suggesting that it will get a significant makeover with the base possibly being built on top of it.

This is all that has been revealed so far for Fortnite Season 2, but all will become clear when v11.50 goes live on Feb. 20.