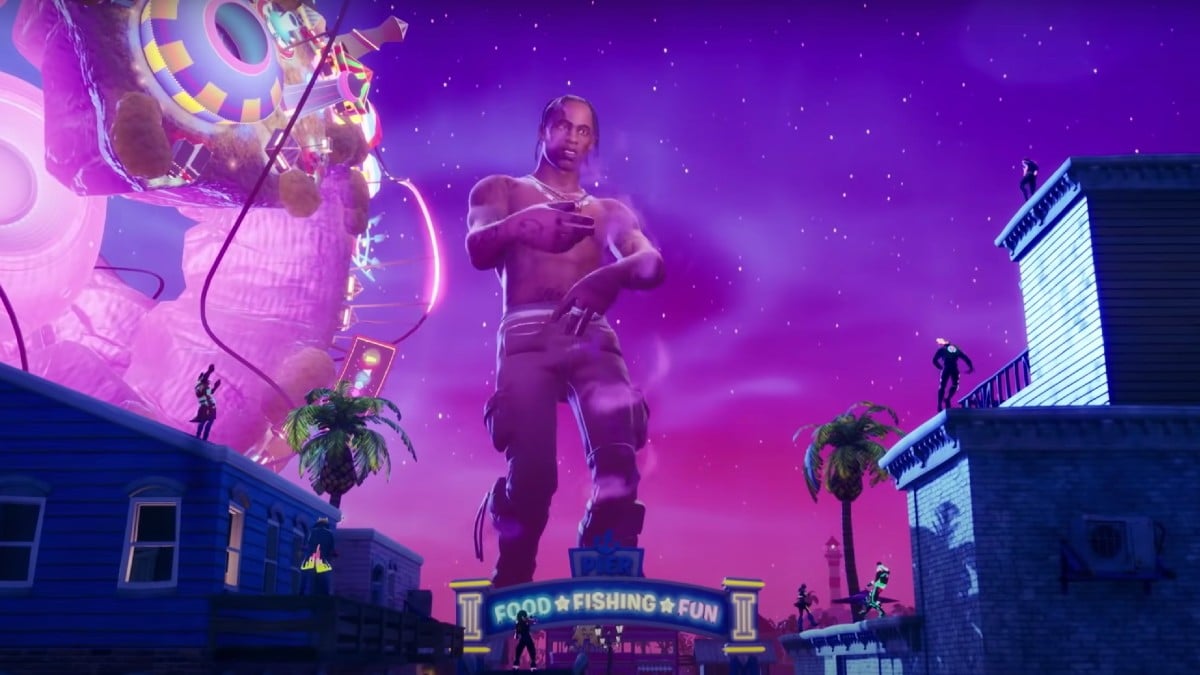 The company removed the emote called “Out West,” which features a sample of the song of the same name performed by Travis Scott and Jackboys, as well as some other items from the Daily section of Fortnite’s item shop. Fortnite Support posted a tweet acknowledging that the item shop’s Daily section was disabled, but didn’t divulge any specific reason why.

Travis Scott’s Astroworld concert festival was held on Friday, November 5, at the NRG Park in Houston, Texas. During the concert’s opening night, a large crowd of 50,000 concert-goers surged toward the front of the stage where the rapper was performing, killing eight people and injuring about 300 others in the process. The victims’ ages ranged from 14 to 27, but the age of one of the victims remains unknown.

Insider reported that Travis Scott continued performing for 37 minutes unaware of the chaos that unfolded in front of him. Videos circulated on social media showing people chanting “Stop the show!” to concert organizers. Another video showed a woman climbing up to the stage to tell the cameraman that people were dying.

According to Eurogamer, although the “Out West” emote is still available for players who already have it, Fortnite fans are calling for Epic to have that and other Travis Scott-related items to be locked temporarily to avoid players misusing them in-game in the wake of the tragedy. The emote was likely made to mark the end of the festival, but the remainder of the event was canceled altogether, and the rapper has issued refunds.

Last year, Travis Scott played the Astronomical concert within Fortnite, where the rapper appeared as a giant avatar dancing all over the map and sending players into space. Astronomical marked the game’s first virtual concert amidst the COVID-19 pandemic, with a skin in the performer’s likeness being made available to purchase.

As of this writing, Epic Games has not commented whether it intends to remove items related to Travis Scott or the Astronomical brand as a result of the Astroworld tragedy.