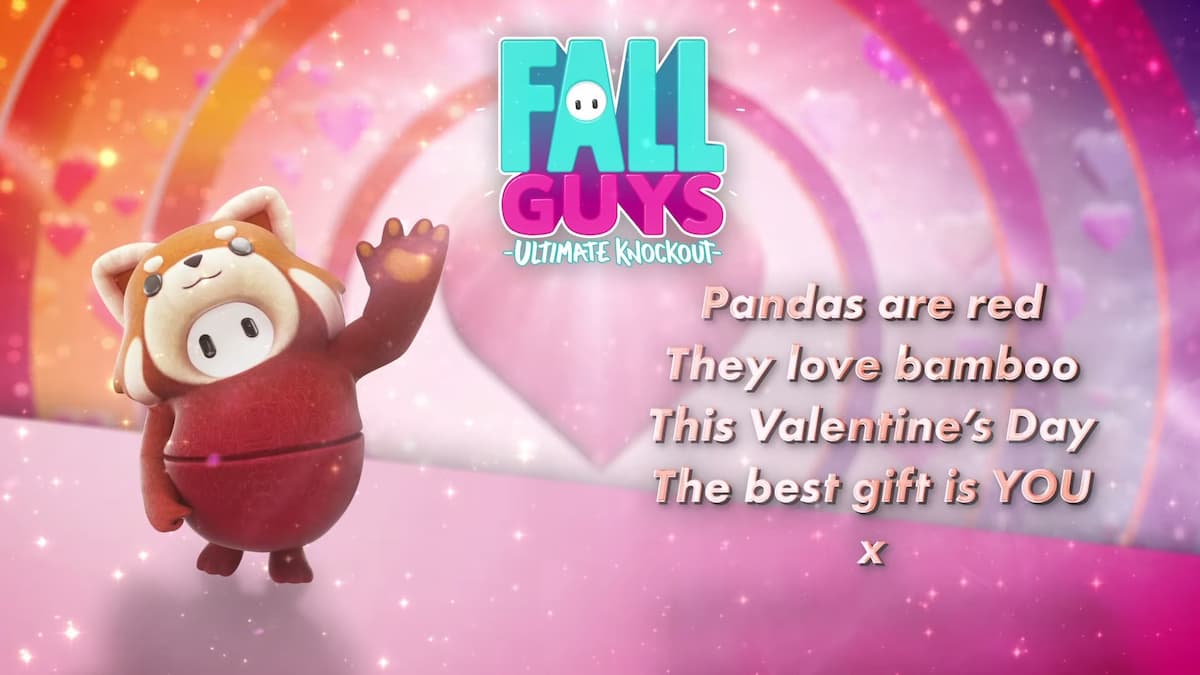 Devolver Digital is celebrating Valentine’s Day with fans with an adorable Red Panda costume that can be obtained from the in-game store with Kudos. It will run you 1000 Kudos each for the top and bottom halves of the costume, and it is only available in the shop until February 16th.

There’s also an adorable short video promoting said costume, featuring a live-sized Fall Guy giving someone a cute stuffed red panda after professing their love for them in various languages.

Hilariously enough, players can all thank Twitter user @TinoTheDunce for this awesome costume. According to the official Fall Guys Twitter account, they have asked for a Red Panda costume every day for 165 straight days.

Remember, everyone: be the change that you want to see.

Season 3.5 is the most recent update to Fall Guys, which adds the new game Snowball Survival, over 40 new level variants, the new Sugar Plum Pack DLC, and a new feature called The Fall Feed that tracks points, qualifications, and eliminations.

Mediatonic’s Dave Bailey recently revealed that the studio wants Fall Guys “to come to every major platform, and we’re working hard to achieve it,” after denying that the game would come to Xbox Game Pass. Baily also hinted at a future cross-play feature when expressing that the team wanted to “connect those platforms so that people can play together.”