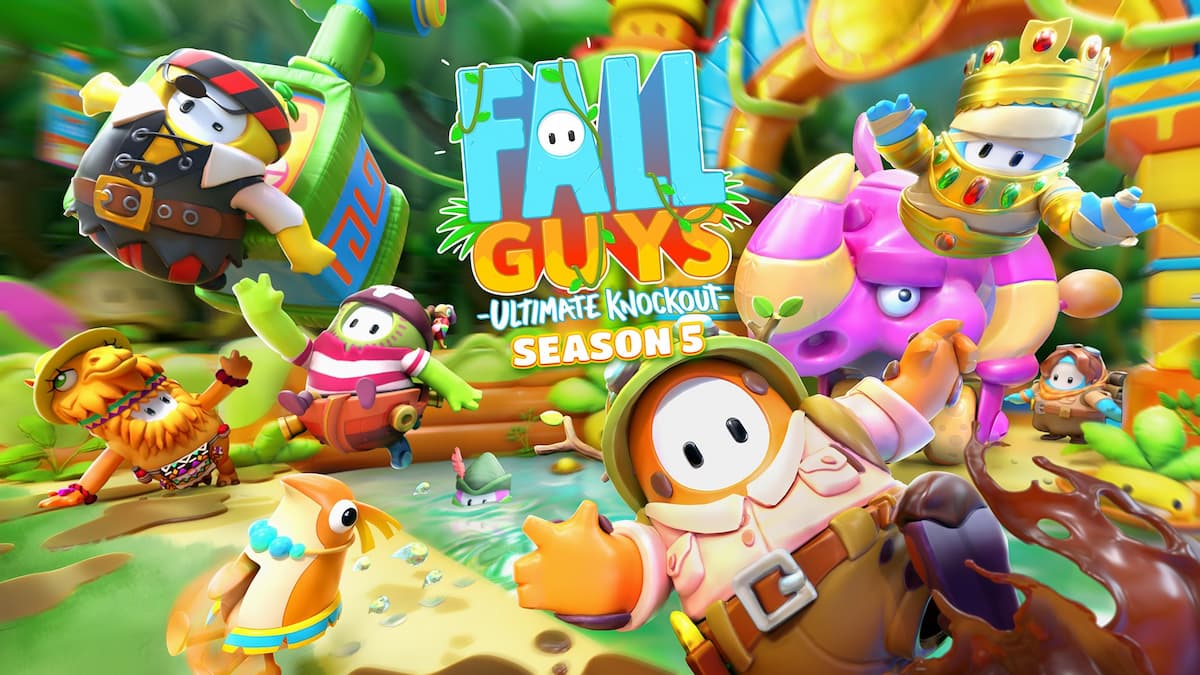 Fall Guys Season 5 is nearly upon us. The latest content drop will hit on July 20, and it brings with it several new items for players to get excited over. Season 5 is taking a Jungle Adventure, which means lots of bright greens and browns and some fun new costumes.

The most notable part of the next season is new Limited-Time Events and updates to Squads mode. Squads will let you team up in either duos or trios to tackle a limited-time mode. These should provide a fun distraction from the main game and give friend groups an easy way to play together. Limited Time Events are what they sound like. Players will jump into different modes with a specific task in mind, but they only have a set amount of time to do so.

Those events will also have unique rewards that should funnel people into them. These rewards will include some of the new costumes that will be available during Season 5. In total, there will be over 20 new costumes to earn across the season. These costumes include things like an elephant with a bowtie, a hippo, and a watermelon person. Truly, something for everyone.

Season 5 will also add six new rounds and five new obstacles. In the gameplay trailer shown today, we can see things like a mechanical rhino and frogs that puff up with air to knock you aside. All in all, it looks like it’s shaping up to be another great season from the team at Mediatonic.

And, of course, Season 5 will bring with it a new Fame Path. If you complete all 50 tiers, you’ll unlock seven new costumes and pick up 24,000 Kudos and 22 Crowns. It’s well worth completing if you’re still hopping into Fall Guys often.