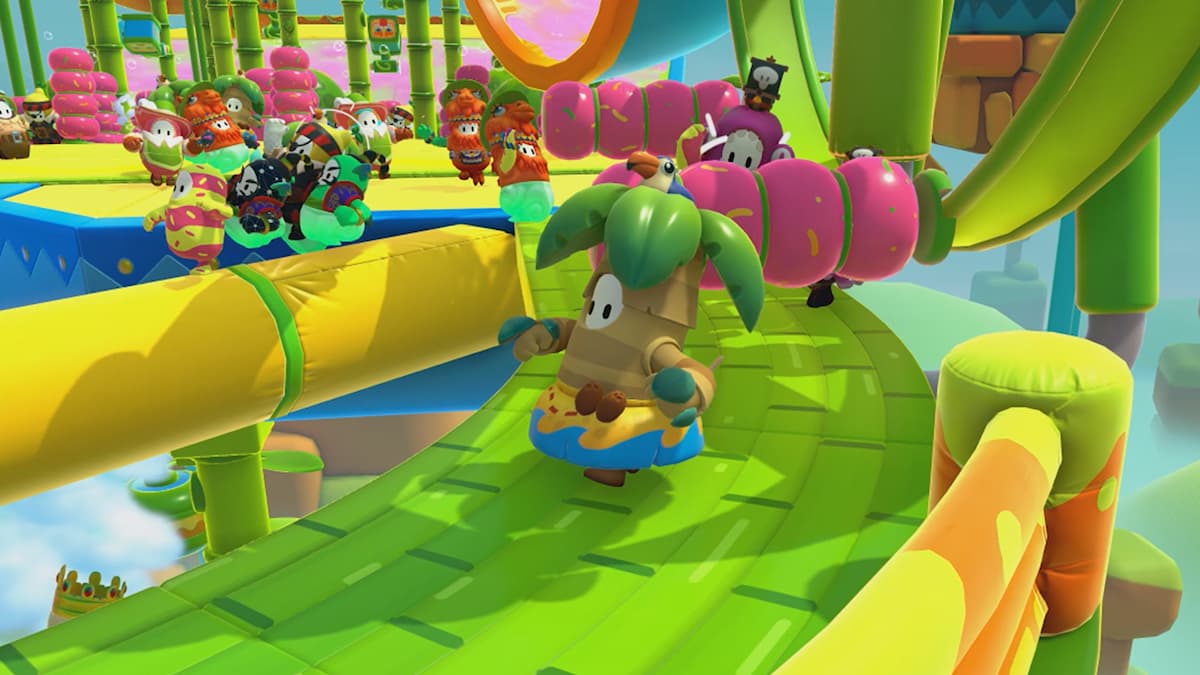 The fifth season of Fall Guys: Ultimate Knockout sports a jungle adventure theme, combining tropes and aesthetics from Indiana Jones, pirates, and Westerns into yet another chaotic collection of new games. Season 5 comes with six new Rounds, introduces Limited Time Events, and allows Squads to team up in different numbers.

Treetop Tumble will have you choose between branching paths, with obstacles including Log Swings and even what the game calls “Expanding Frogs,” so choose wisely — or as much as you can amidst the chaos.

One giant mechanical rhino already sounds terrifying enough, but Stompin’ Ground will have you and other beans try to avoid three of these big boys.

Developer Mediatonic calls the Lost Temple its “most ambitious Round to date,” featuring shifting layouts and paths on your way to a highly-coveted Crown. We’re expecting some Indiana Jones-like booby traps.

Bounce around on giant lily pads in Lily Leapers. Find the right trajectory that will get you do the end as you bounce from pad to pad.

This “five-way arena bout” known as Bubble Trouble features a number of obstacles to throw at you and plenty of bubbles to pop.

You’ll have to zip around slides and grab onto what are known as Pegwins, and the longer you’re holding onto them, the more points you’ll accumulate.

Related: What is the release date of Fall Guys Season 5?

Battle royale players are used to Limited Time Modes and Events in other titles, and Fall Guys will have its own events that come with challenges and rewards. Prepare for events that feature a rewards path separate from the Fame Path, earning you cosmetics like costumes, emotes, nameplates, patterns, and “other desirable treats.” A press release also teases “special guests” popping in.

Players are used to four-player Squads, but developer Mediatonic will be experimenting with other combinations and Squad sizes throughout Season 5, starting with Duos and Trios Shows.