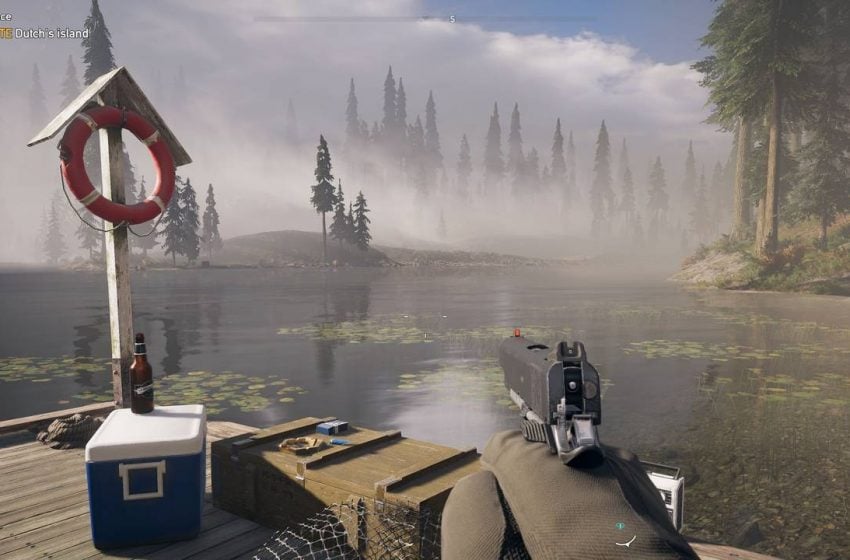 Far Cry 5 is finally here, and for the first time in the series’ history, players can choose between a male or female protagonist. That’s right, the game shipped with an in-depth character creator that lets players customize their Junior Deputy’s hair, skin color, and clothes. Players can even pick up new apparel throughout the game as they fight back against Project at Eden’s Gate.

Players can pick their gender

Before Far Cry 5’s prologue begins, players can pick their Junior Deputy’s gender. This is an irreversible decision, once the game begins you’re stuck with whatever you choose—so pick wisely.

Ultimately, your character’s gender doesn’t matter that much, it’s more of an aesthetic option, so your playthrough won’t be impacted either way. But it’s a nice option to have all the same. Character creation begins after the prologue ends, so once you choose between playing as a man or a woman, sit tight and get ready for the opening.

Once Far Cry 5’s prologue wraps up, players get to choose between several different faces and skin tones for their characters. Unfortunately, there’s no skin tone sliders in Far Cry 5, nor can players customize their characters’ facial features. The game offers various facial options that capture different ethnicities and races pretty well, however, so it’s not like players have to choose between playing as the same few faces with slightly tweaked options.

From there, go ahead and choose your Junior Deputy’s hairstyle. There’s a wide range of styles and colors to grab for both men and women, letting players experiment pretty comprehensively. For instance, female deputies can grab an undercut for that perfect Marceline the Vampie Queen-esque look, or players can just grab a standard ponytail and leave it at that.

Now that your character’s face, skin, and hair are all squared away, it’s time to choose your outfit. The game has four categories: upper body, lower body, headwear, and handwear. These start off pretty simple, with less than a dozen choices for each section. Most patterns mirror one another and are generally simple in style, too.

Don’t worry too much about what you choose here. Remember that you won’t be seeing much of your character’s full body in single-player, and the only time your character’s physical appearance matters is during multiplayer. Otherwise, per usual in Far Cry, your player’s hands are the only part constantly seen in both modes.

Choose your final look, make sure everything looks good, and you’re done! Welcome to Far Cry 5.

While the opening character creator is pretty straightforward, it’s not the end for character customization. Players can buy new looks for their Junior Deputy even after starting the game, from new hats to gloves to glasses. Even outfits are available for the Junior Deputy. For instance, you can dress up your Junior Deputy as a Rancher. If you really want to, that is.

Each item can be bought with either in-game currency or “silver bars,” Far Cry 5’s microtransaction currency system. Outfits and other character creation purchases can be bought at in-game shops spread across Hope County, so don’t worry about visiting a specific shop to grab the outfit you want.