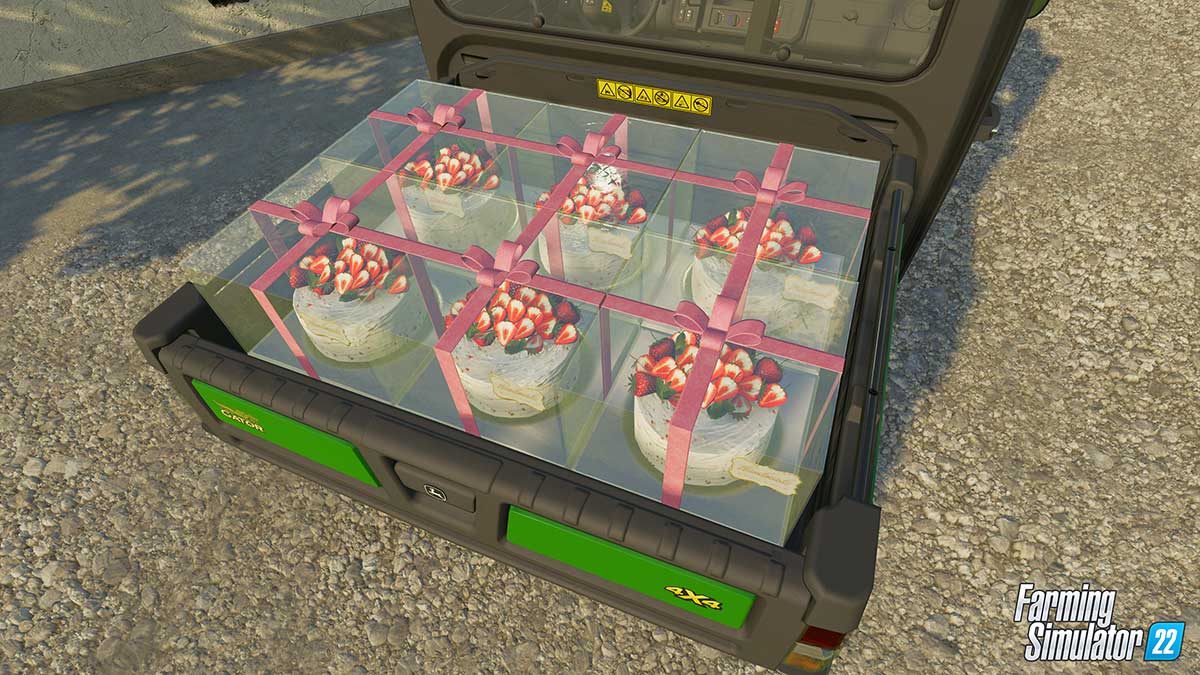 Developer Giants Software has provided eager fans with some new details on the additional gameplay aspect in Farming Simulator 22 that further extends your time with your crops. Production chains are entirely new to the Farming Simulator franchise and allow players to live out their farming fantasy to an even greater degree of accuracy.

Traditionally, Farming Simulator tasks you with choosing a crop to grow and harvest. You’re able to purchase all the equipment required to clear and prepare fields before planting and nurturing a crop, then finally harvesting it and selling the end product. In Farming Simulator 22, you can take things one step further.

Production chains add the ability for players to take the grains and other crops they produce and make them into something more. For example, you can use your wheat to create flour, then sell it or combine it with milk from cows and eggs from chickens to make cakes. These cakes can be sold automatically, or you can deliver them to the local farm shop yourself.

While this might sound like more hassle than it’s worth to the uninitiated, it’s actually the closest to living the true life of a farmer that you can get in a video game. Players will be able to see the goods they produce from their base resources all the way to the final product and the eventual point of sale. It also provides another way for players to maximize their profits since a low-quality wheat harvest could sell for more if baked into cakes first.

This new layer of gameplay that extends the Farming Simulator experience could see towns transform as players shift from land management into franchising cake shops around the local area. The limit to gameplay has been pushed yet again, surprising in a franchise where players spend 90% of their time in a tractor.