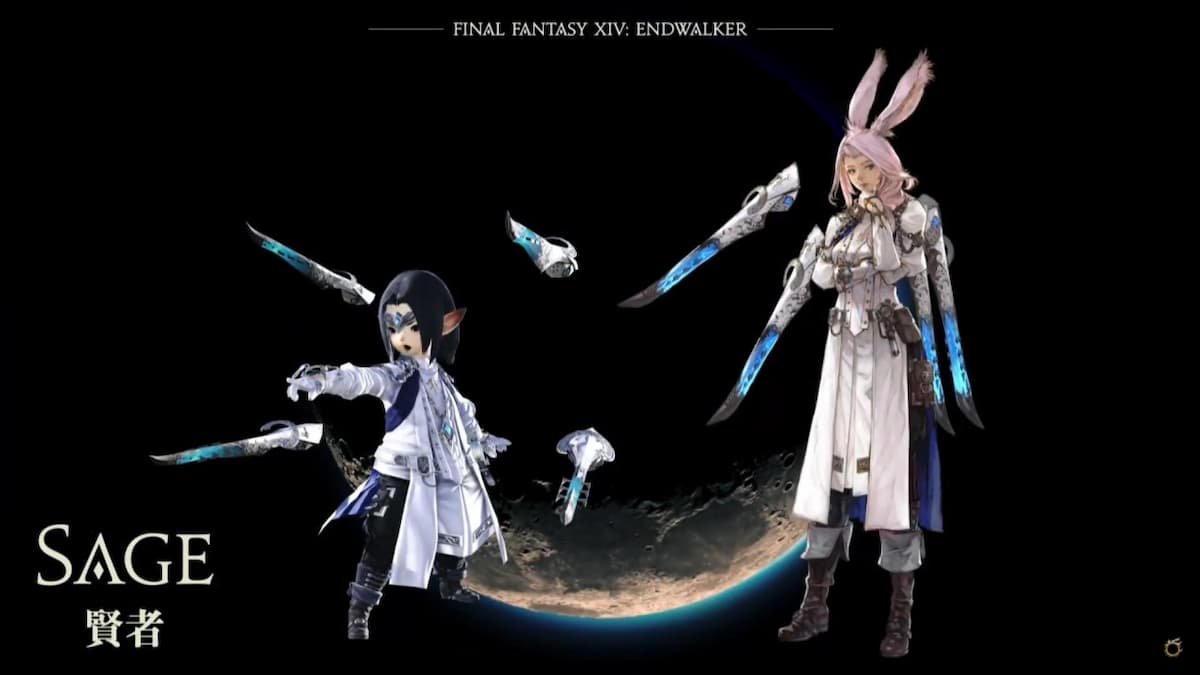 During Final Fantasy XIV: Endwalker’s Announcement Showcase, producer and director Naoki Yoshida introduced the Sage job. The Sage is a flashy new healer, wielding four flying sword-like Nouliths around them, which they use to heal friends and attack enemies. These Nouliths are brand new weapons designed for the sage job in Final Fantasy XIV.

Sage will start at level 70. Players can unlock it as long as they have reached level 70 on any other job first. You will of course need the Endwalker expansion to access the starting quest, which players will find in Limsa Lominsa. While you don’t need to have other healers leveled to unlock sage, it wouldn’t hurt to jump on White Mage, Scholar, or Astrologian before 6.0 to try the role out first.

Yoshida also explained that the Sage will be a barrier healer, using their aether to manipulate the Nouliths in combat. Sage and scholar will be the game’s barrier healers, while White Mage will be the pure healer. Astrologian will be reworked into a pure healer like White Mage, which will likely mean the removal of abilities like Nocturnal Sect. It’s unclear just how different sage will be from Scholar, and how white mage will differentiate itself from the reworked Astrologian.

Final Fantasy XIV has not seen a new healer since Astrologian during the Heavensward expansion in 2015. The following expansions — Stormblood in 2017 and Shadowbringers in 2019 — only introduced tank and DPS jobs. Healer balance and adjustments have remained precarious and unreliable since then, such as the outright removal of several abilities from scholar during Shadowbringers. We don’t know if White Mage, Scholar, and Astrologian will maintain their job identities throughout these changes, or what exactly Sage will bring to the table that scholar doesn’t offer. We’ll just have to see if the devs can manage making all four jobs unique and fun to play, without removing or changing too much this time around.

Final Fantasy XIV: Endwalker is slated for a fall 2021 release. Naoki Yoshida promised more details about Sage, along with the second yet-announced new job, during the online Fan Festival this May.