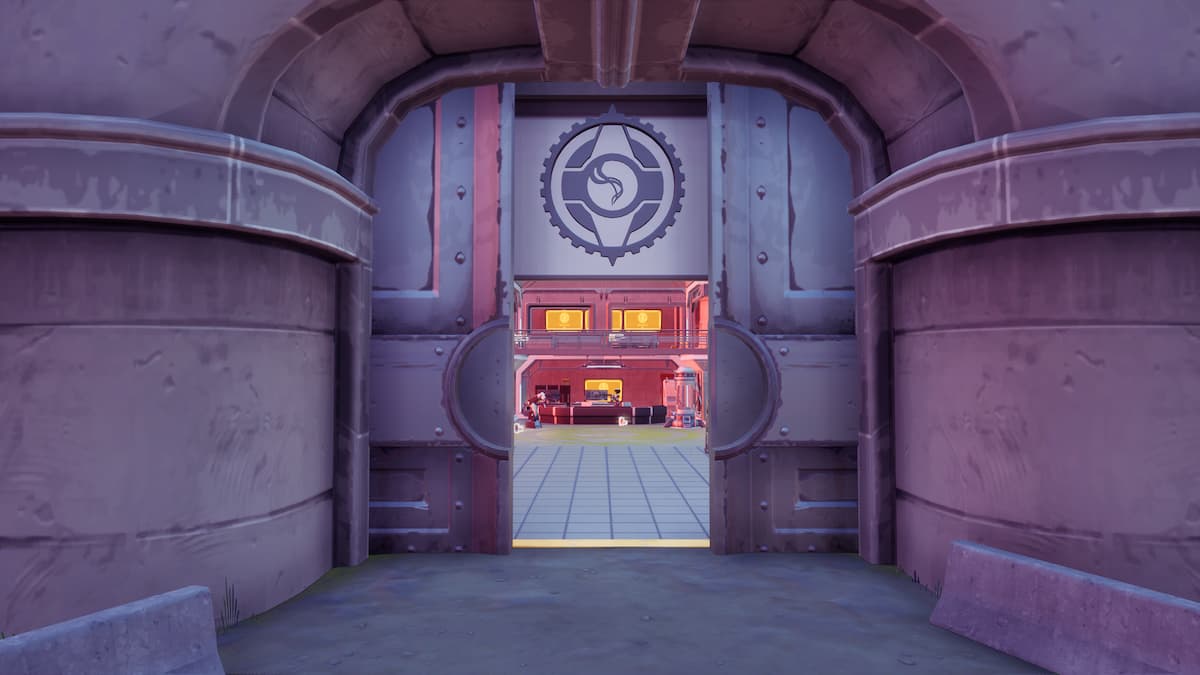 After eight seasons on the island without a purpose, Fortnite’s REDACTED Base has now been revealed as being what many people suspected all along, a home for the Imaginary Order. In today’s update, Dr. Slone and the minions of the IO have set up shop there, and players can now venture inside if they choose.

The REDACTED Base was first added to the map at the start of Chapter 2, and can be found direst east of the Catty Corner location. It hasn’t changed at all since it first arrived, with any updates occurring behind the scenes, discovered only by data miners.

Now, behind the massive steel doors, players will discover a room filled with computers and machines, and it looks like Slone will be making her last stand in this location after moving around the map for most of the season.

Players will be happy to have a spot on the map that they are sure to find Slone, as many will still be holding a grudge for her abandoning them on the alien mothership that she was going to blow up at the end of the last season.

Whether Slone stays here until the end of the season remains to be seen, so players should probably pay her a visit now and dish out some old-fashioned justice by eliminating her and stealing her stuff.