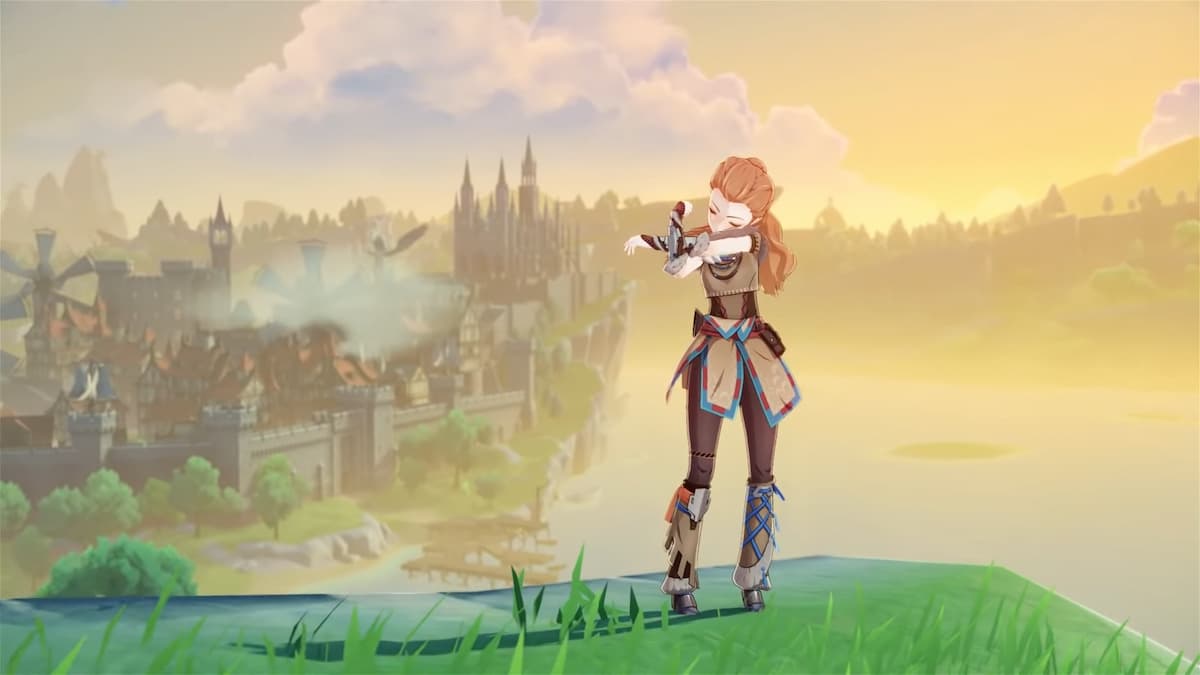 Unless you have been living under a rock somewhere in the woods surrounding Mondstadt, you should be aware that Aloy is making her way to Genshin Impact. The hero of Sony’s Horizon Zero Dawn and upcoming Horizon Forbidden West is making the move to a new world.

In the trailer, Aloy mentions that she might be in a different world, but she is still willing to help anyone she finds. With her new Cryo vision, she is well equipped to take on the enemies she will find in Teyvat.

Her elemental skill, Frozen Wilds, sees her throwing a bomb that explodes and causes Chillwater Bomblets to form. Any enemies that make contact with the Bomblets will then cause them to explode again, doubling up on the damage and doing impressive Cryo damage to mobs. Her more powerful elemental burst sees her charging up an arrow attack then unleashing it on a Power Cell, causing a massive cryo explosion.

The character mode looks great, and the only thing that really makes Aloy stand out as someone who was not designed for the game is how different her style of clothing is. This is also the first time a five-star character is being giving away for free since the game launched, so it’s a good time for all fans.