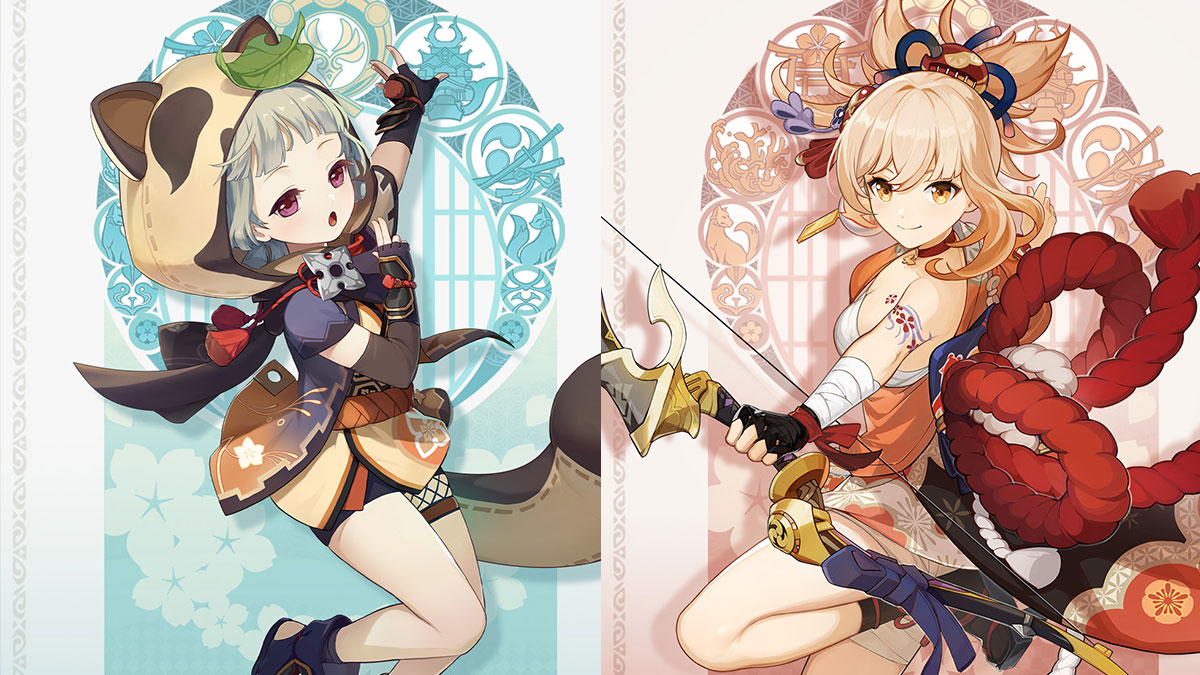 Yoimiya is the owner of the Naganohara Fireworks and is a 5 Star Pyro character who uses a bow, while Sayu is a 4 Star Anemo user but their artwork did not give away what weapon they might use. She is described as Shiyuumatsu-Ban’s Resident Ninja, however.

The account also tweeted new artwork for 5 Star Kazuha, a new Anemo sword user who will be coming in update 1.6, and the upcoming 5 Star Cryo user Ayaka. While miYoHo is perfectly happy to show off the new characters, they stopped short at giving a concrete release date for any of them. Kazuha is thought to be arriving in the game after the upcoming return of Klee on the next Banner that will launch on June 9, but there is little known about the release dates for the others.

Genshin Impact’s 1.6 update will be arriving on June 9, introduced new summer events, outfits for Barbara and Jean, and a new boss fight that will see players taking on a strange puppet.