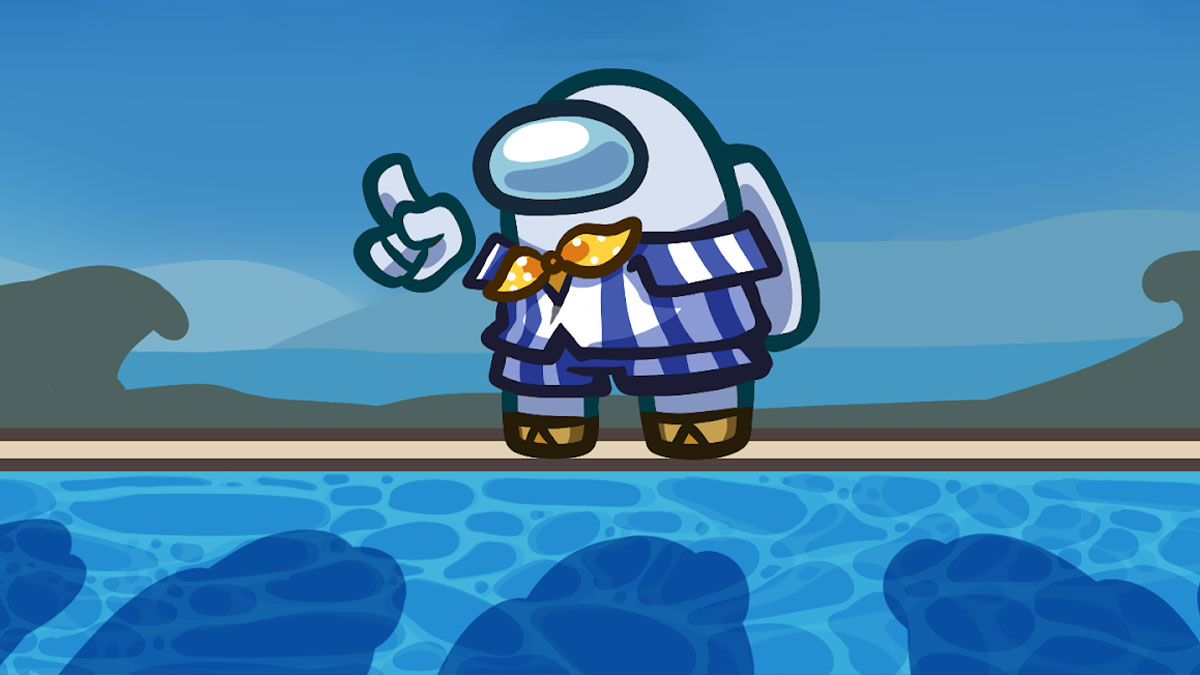 One of the more surprising announcements from this year’s Game Awards was the reveal of a detective Benoit Blanc costume for Among Us. Glass Onion star Daniel Craig and director Rian Johnson appeared on stage (via video) to reveal the costume and tease that there’s an Among Us reference in the movie. Netflix viewers have to wait just a bit longer to watch Glass Onion, but Benoit Blanc’s suit is available in Among Us right now.

From now through January 10, 2023, Among Us players can simply log in to the game to unlock the costume for themselves. As you can see from the image at the top of this article, the getup is a suave recreation of the detective’s look in the movie. It has Benoit Blanc’s blue-striped seersucker suit and matching shorts, plus a nice yellow handkerchief. It’s a rather swanky look for something you can add to your collection for free.

The Glass Onion cross-promotion wasn’t the only Among Us announcement at The Game Awards, though. The new Hide and Seek mode was revealed, and it puts a very different spin on the Among Us formula. As the name implies, the mode is about hiding from the Imposter, who is clearly indicated by their big, slobbering mouth. Crewmates win as long as one of them is still standing by the end, and the Imposter wins if they manage to eliminate all the Crewmates. We have a list of the best Hide and Seek hiding spots for those who want to give the new mode a go.

As for Glass Onion, the movie comes to Netflix on Friday, December 23. It’s the sequel to 2019’s Knives Out, and it sees detective Benoit Blanc back for a new murder mystery in Greece. Other than Craig, the film stars Dave Bautista, Madelyn Cline, Kathryn Hahn, Jessica Henwick, Kate Hudson, Janelle Monáe, Edward Norton, and Leslie Odom Jr.