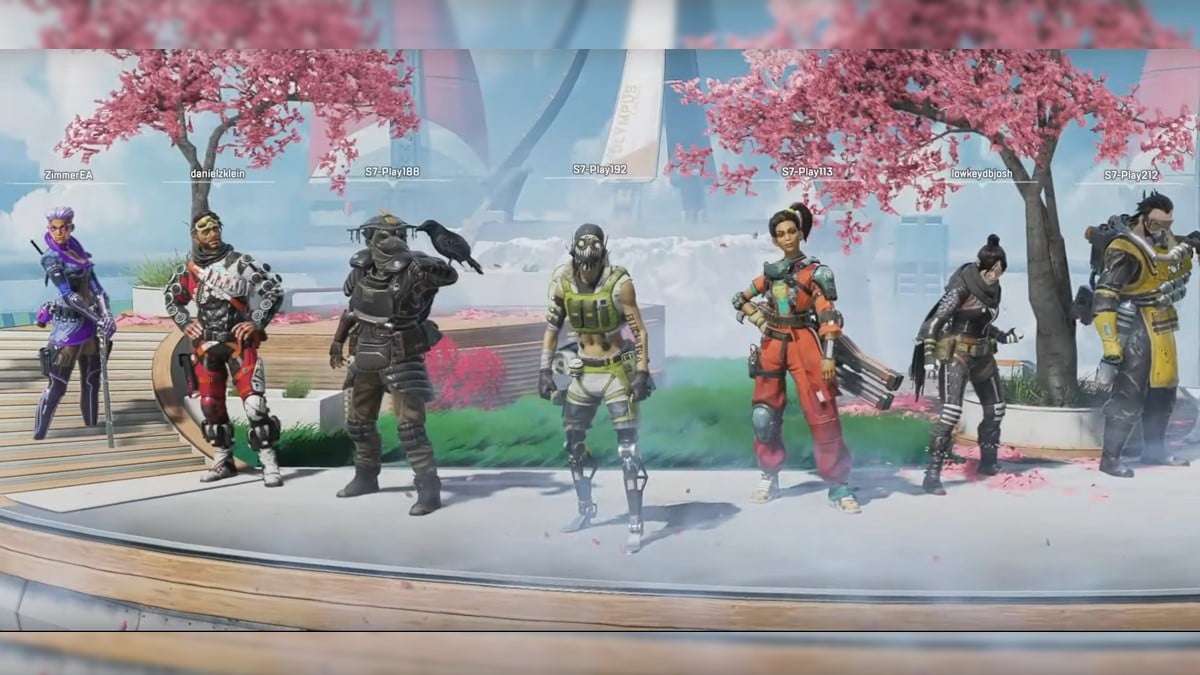 Since Apex Legends’ inception, the biggest squad allowed has been three players. While that continues to be true in terms of what is supposed to happen, developers and pro players alike were stunned during one early access match that accidentally put 14 players, one of each unique legend, all on the same squad. All of the other squads in the game were still teams of three.

“I’ve never seen this,” said ZimmerEA, one of the members of this giant squad. Legends and their respective health bars lined all the way up the left side of the screen. This giant squad slaughtered all of the normal size teams around the new map, Olympus.

While this glitch may never be repeated again, and whatever caused it will most likely be ironed out by launch, it did seem to highlight the possibility of playing with more than just three player teams in the future, as the glitch showed off color schemes beyond the basic green, blue and orange.

We saw character’s heads up displays in purple, grey, light blue, royal blue, black, violet, yellow and more. The fact that these colors are in the build of the game to begin with: even though we aren’t likely going to see 14 players on a team again, shows that there may be a future of bigger teams.

We may more realistically maybe see teams of four or alternative game modes that have more than three players teamed up, as the developers did say that want to over more game modes than just a battle royale in the future. That purple is very nice too, we’d definitely like to see more of it.