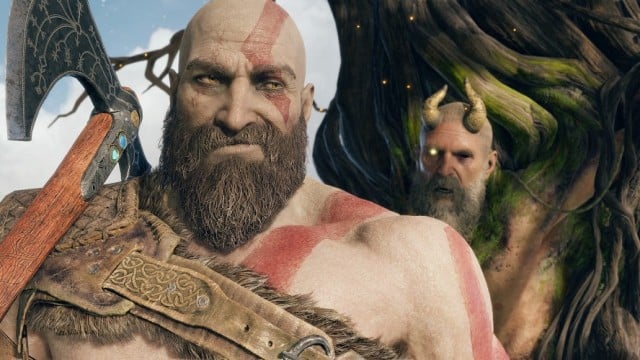 God of War is this year’s biggest PlayStation 4 exclusive release. The game is scheduled to launch worldwide on April 20, it has already achieved GOLD Status i.e. development work on the game is complete. Sony and Santa Monica Studios are looking very confident about the game and we can make this out from the fact that the Reviews for God of War will be available online starting from April 12.

According to the details revealed by Sony, God of War Review Embargo will end on April 12 at 12:01 AM PT. Usually, reviews for the game appears online 24 to 48 hours before the launch of the game, but PlayStation fans will be able to know the verdict of multiple media outlets on God of War starting from April 12 i.e. a full 8 days ahead of the launch.

In another news, Cory Barlog recently had a meeting with The Last of Us: Part II Director Neil Druckmann (also Vice President of Naughty Dog) and handed him a retail copy of God of War. Neil Druckmann tweeted: “Just hanging out. Playing some video games.”

The story of God of War PS4 is a new direction to the series, as it will be loosely based on the Norse Mythology, all previous God of War games were based on the Greek Mythology. Kratos returns as the lead protagonist, and now he has a son named Atreus. The development team has completely rebuilt the gameplay and one of the major changes made is Kratos’s double-chained blades have been replaced with a new magical Axe called Leviathan Axe. To know more about the Leviathan Axe, watch the video below.

God of War singleplayer campaign is 25-30 hours long. The game will not feature New Game Plus Mode, but the development team has replaced it with “Something New”. Sadly, there are no details yet on what exactly this new thing is going to be.