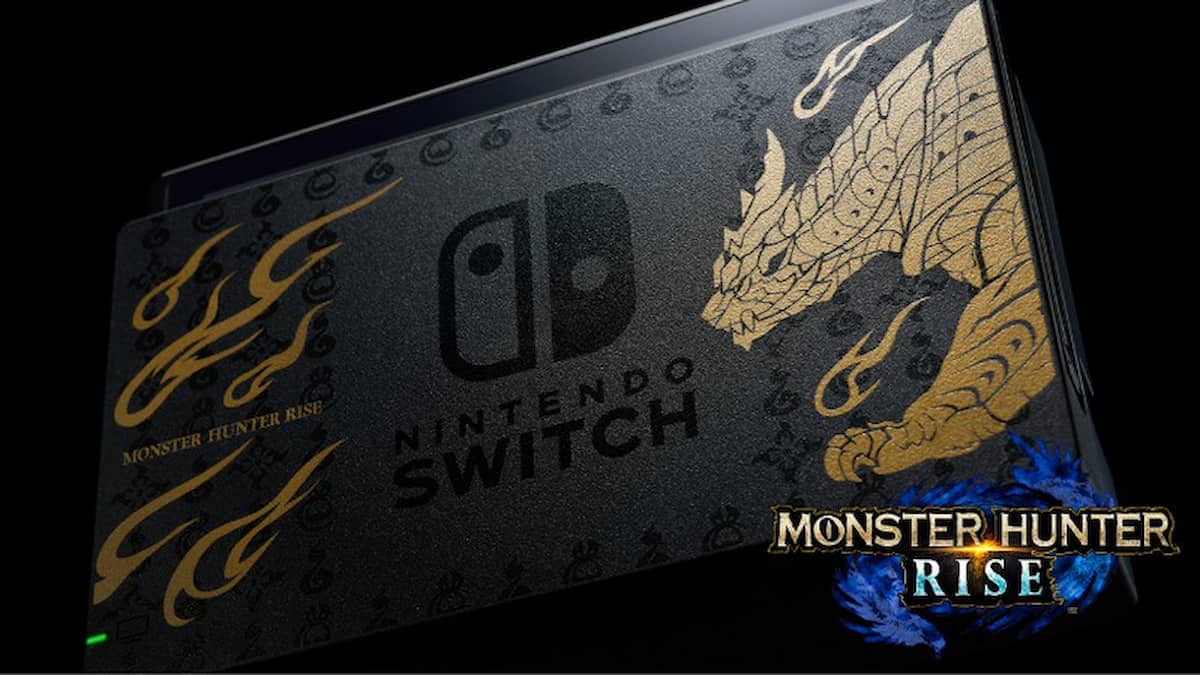 The next special edition Nintendo Switch will officially be based off the upcoming Capcom RPG, Monster Hunter Rise. The all-gray console, featuring a number of gold and black runes on its back surface and joy-cons, will be launching with the newest entry on March 26.

On this date, collectors and hardcore fans can pick this hot-ticket item up from Japanese retailers for 38,400 yen. Aside from the console, the bundle is packed in with a copy of the game, DLC, bonus content, and a dock that has various Rise symbols and an illustration of a golden Magnamalo, the title’s most notable beast. Additionally, on the same day, a matching Pro Controller that bears the same Magnamalo design will launch separately, also exclusive to Japan.

The DLC offered will be the game’s Deluxe Kit add-ons, which includes the Kamurai Hunter armor set, the Shuriken Collar and Fish Collar armor pieces, additional gestures and poses, as well as Kabuki face paint and a Izuchi Tail hairstyle. As if that wasn’t enough, this special edition also tosses in exclusive Palamute Retriever Costume and Palico Forest Cat Costume armors to celebrate such a worthy purchase.

Both the Monster Hunter Rise Edition Switch and Pro Controller will be up for pre-order on February 27, but no specific time has been given for when their listings go live.