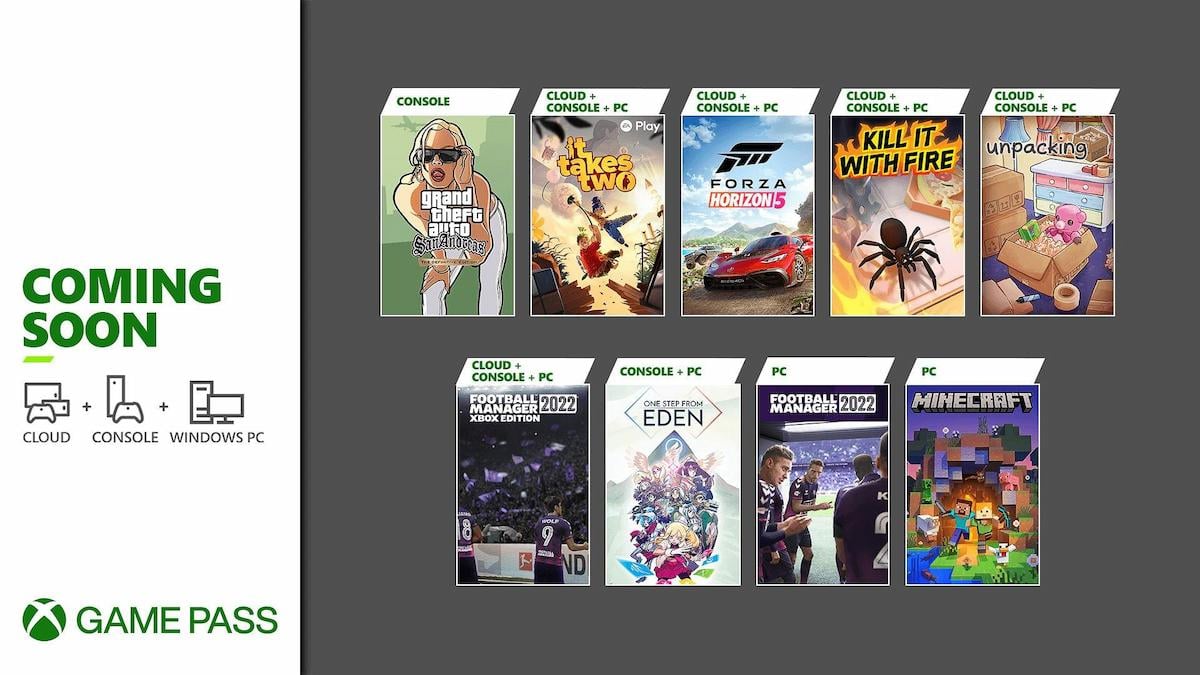 Xbox announced its November lineup for Xbox Game Pass via a blog post earlier this morning. Grand Theft Auto: San Andreas – The Definitive Edition, Minecraft, and Forza Horizon 5 are among the headlining titles this month.

Xbox confirmed that both the Java and Bedrock Editions will join Game Pass on November 2; also included are Unpacking (November 2), It Takes Two via EA Play (November 4), Kill it with Fire (November 4), both PC and Xbox versions of Football Manager 2022 (November 9), and One Step from Eden (November 11).

Minecraft’s debut on Game Pass PC is particularly notable, given that the game is among the most prominent PC titles out there. The inclusion of both Java and Bedrock Editions also seemingly addresses an issue that plagues Minecraft on PC: There are two different versions that are not compatible with one another.

It’s also worth noting that while Grand Theft Auto: San Andreas – The Definitive Edition was previously confirmed to join Xbox Game Pass, today’s announcement officially confirmed that it’s only coming to Game Pass on consoles; PC players will have to buy the collection at full price if they wish to play San Andreas remastered.