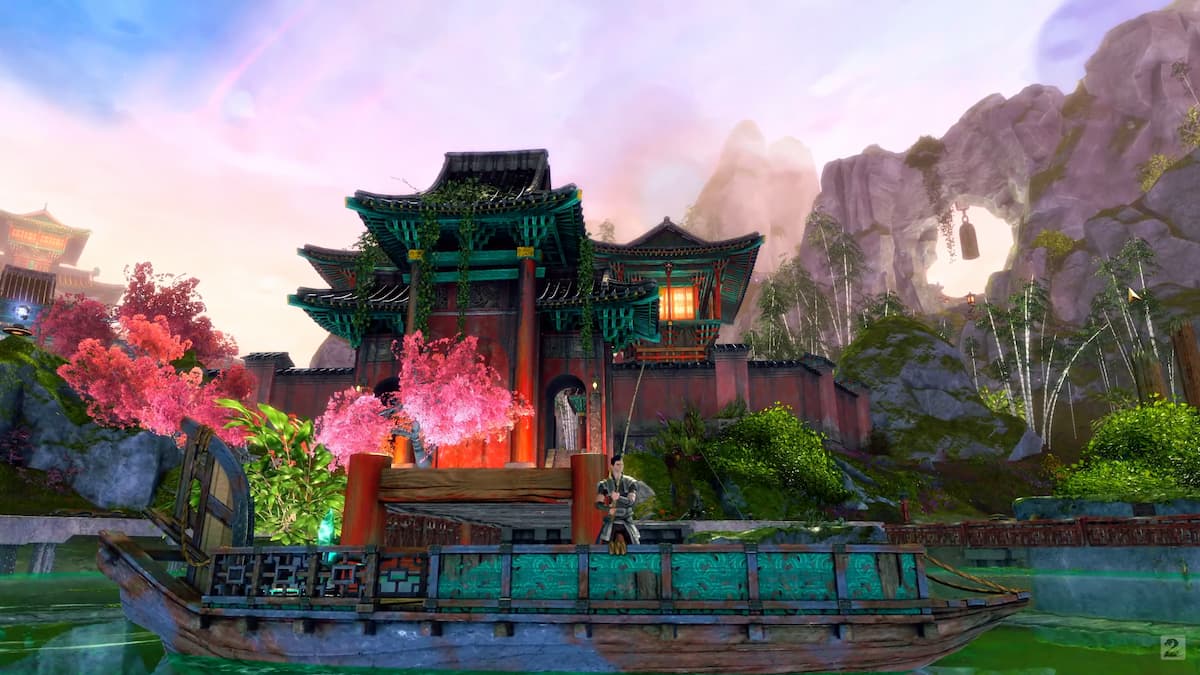 With the upcoming 2022 expansion for Guild Wars 2: End of Dragons around the corner, Arenanet and the development team have uploaded a brand new teaser for a new Guild Hall called Isle of Reflection. The previously added Guild Hall was the Windswept Haven released alongside the Path of Fire expansion, the predecessor to End of Dragons.

In the YouTube video bright images of Cantha inspired expanses featuring bamboo, crystalline lakes, and unique architecture not yet seen in the three current Guild Halls were revealed. This comes hot on the heels of a newly released open beta test that launched November 31 in-game for all current players, allowing for both feedback from players and the opportunity to test upcoming expansion-specific features.

Similar to the three other Guild Halls — Lost Precipice, Gilded Hollow and Windswept Haven — the video indicates that it will be necessary to fight your way into the Hall alongside your guild members before you will be able to set up in this stunning new location.

Further details in the video showcase a large number of customizable options for the hall as well as breathtaking new scenery typical of the Cantha region such as the large looming cliffs, cherry trees and tease the host of the new features upcoming in the expansion pack, such as the much-anticipated fishing mechanic.