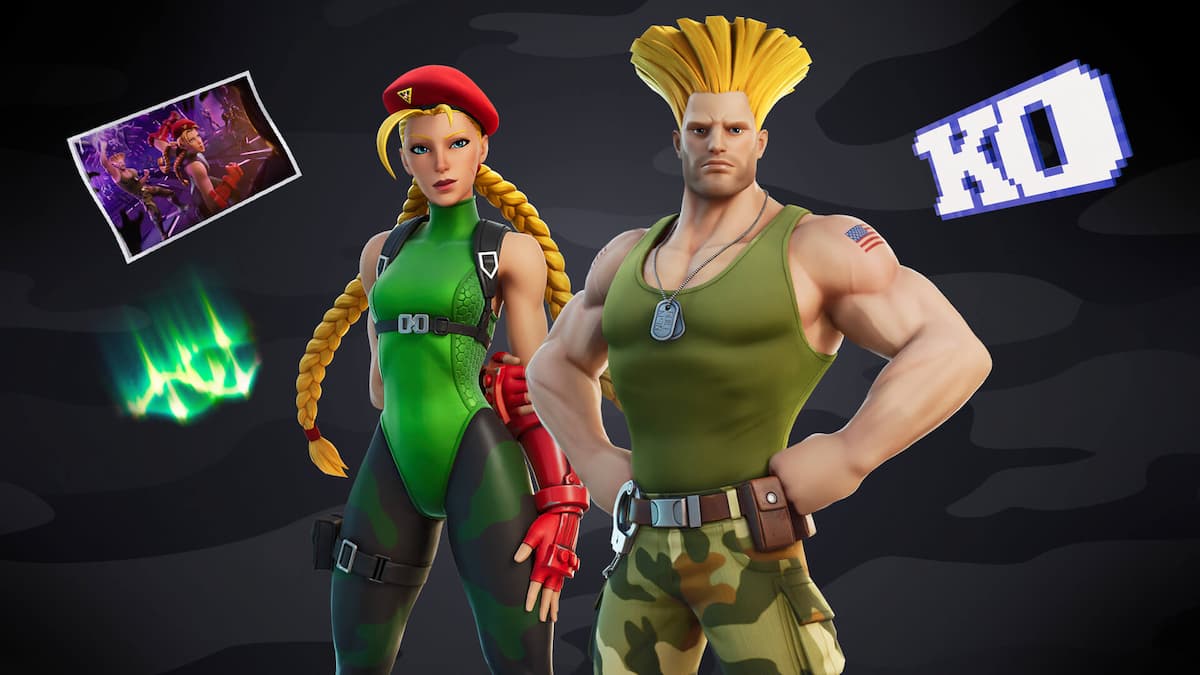 Epic Games announced through the official Fortnite Twitter account that Street Fighter’s Guile and Cammy will be making their way to the massively popular battle royale title. Each character, which can be purchased in the item shop on August 7, will come with two outfits, plus Guile’s K.O. Backbling and Cammy’s Borealis Backer Backbling.

Guile’s outfits are his classic green fatigues look first debuted in Street Fighter II, along with a beach-ready version of the outfit called the Glistening Guile Variant. The handcuffs at his waist are a clever reference to a famous glitch in SFII’s arcade version, in which executing a certain move while the foe is dizzy “handcuffs” or freezes them in place. Meanwhile, Cammy is wearing a modified version of her iconic outfit from her debut, along with the Tactical Cammy Variant costume.

Also available for purchase in the item shop is the Cammy and Guile bundle, which includes all their costumes and Backblings together and adds the Round 2 loading screen as well. The Gear bundle includes all the previous items plus Guile’s Knuckle Buster pickaxe, Cammy’s Delta Red Bowie Blade pickaxe, and the V-Trigger Vector glider.

According to the official site, players will have a chance to win both Cammy’s outfit and the Borealis Backer Backbling for free by competing in the Cammy Cup on August 5. The Duos tournament, which requires a partner to compete, will reward top regional players with the outfit. Any team that earns eight points or more will receive the Loading Screen. Participants must have 2FA setup on their Epic account and be at least level 30 or higher on said account, according to tournament rules.