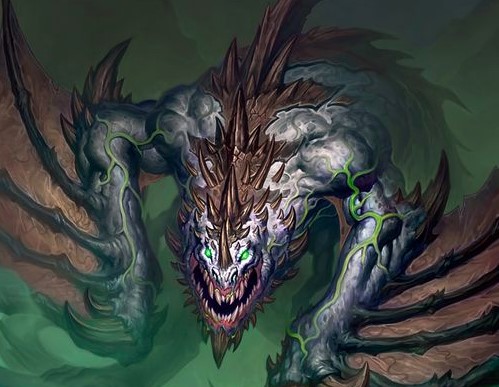 Just a little over a week after coming to the game in its Descent of Dragons update, the Galakrond Shaman deck is getting some changes.

Three of the cards are receiving the nerfs on Dec.19, as well as the notorious neutral card. These are the changes coming to the cards:

While these nerfs are needed, a lot of players are wondering if it’s enough.

The update doesn’t address the Rush minions the Shaman has access to, nor does it address the Dragon’s Pack. There plenty of options remaining for a player to control the battle through the cards in the deck, along with the emergence of the Deathrattle Rogue appearing in the game’s meta.

While the nerfs aren’t quite enough to balance out the ladder meta of the game, the changes to the Battlegrounds will make it much better. There are several balancing fixes coming to it, with the removal of Nightmare Amalgam. Brann Bronzebeard and Bartendotron have come out, allowing other cards the ability to perform better.

These are the other changes coming to Battlegrounds in this update:

This update is a step in the right direction and shows that Blizzard is listening, but there is still a lot more work to be done before Descent of Dragons can work with the game.

Aside from the broken decks and balancing issues, the expansion has clicked overall; it just needs a little bit more work before it can be where it needs to be.