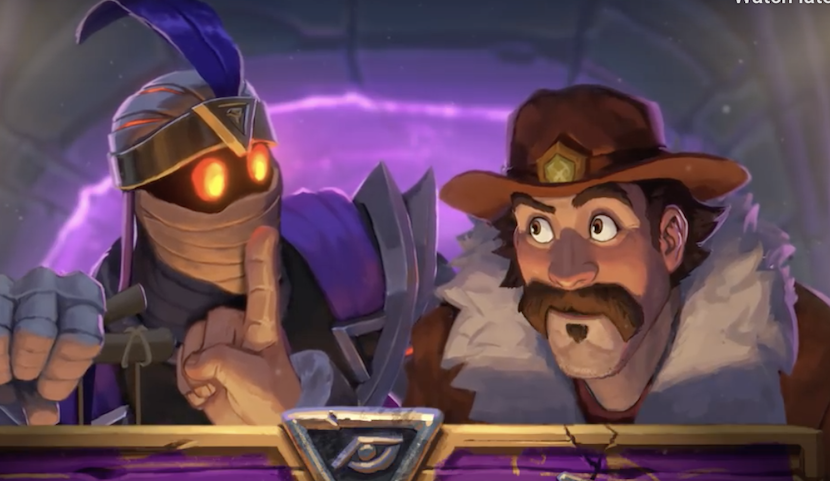 For those Hearthstone: Heroes of Warcraft players that were waiting for a new Solo Adventure, Galakrond is ready to deliver.

Blizzard has announced Galakrond’s Awakening, as part of the Descent of Dragons. It’s set to kick off on Jan. 21, running over four different chapters that will make their debut on a weekly basis. The story will revolve around both sides involved in the battle — the League of E.V.I.L. and the League of Explorers.

“When we last left our heroes and villains, the Tombs of Terror had been unsealed, spreading plagues across the sands of Uldum,” the developer explained. “The League of Explorers defeated the Plague Lords, but Arch-Villain Rafaam escaped with the Plague of Undeath. We now know why: to resurrect Galakrond, the progenitor of all dragons!”

Players will choose either the heroes or villains, using a premade deck. Once beaten, however, they’ll be able to go through it again in Heroic mode with their own deck.

Galakrond’s Awakening has a total of 35 cards that unlock as players complete chapters in both the hero and villain campaigns. You can get a glimpse of some of these cards in the official Hearthstone blog post.

The chapters are priced individually at $6.99 or 700 Gold; or you can purchase the entire Solo Adventure for $19.99. If you prefer to try before you buy, the first E.V.I.L. chapter will be available to play for free. Those interested can pre-purchase here.

Check out the trailer below and prepare for an epic battle of good and evil, in pure Hearthstone fashion.