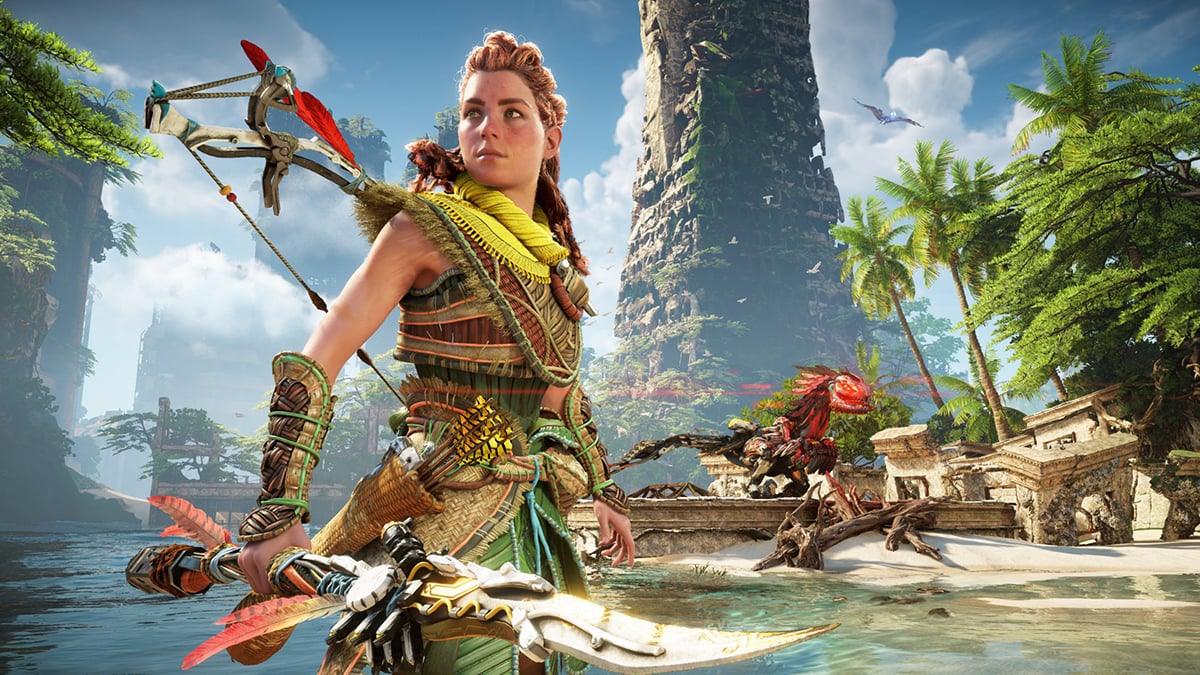 Horizon Forbidden West is coming next year, and the sequel is bringing a host of new weapons, skills, and tactics for protagonist Aloy to utilize against robot dinosaurs and rival tribes. We’ve just learned about another of these new abilities.

The Resonator Blast was revealed in a PlayStation Blog post. This melee-based skill is tied to her spear: as you attack enemies, it’ll charge up with energy. Once ready, you can place this energy onto an enemy, either human or robot. Shoot the placed energy with your bow, and it’ll explode, causing massive damage. Developer Guerrilla Games wants to give players reasons to use both close-quarters melee attacks and the long-ranged bow, and powers like this will incorporate both.

The Resonator Blast joins the Valor Surge in Aloy’s lineup of new powers for Forbidden West. The Valor Surge can be charged by breaking off pieces of an enemy’s armor or hitting them right in the weak point. Once charged, you can unleash an energy surge that knocks back enemies. There are three levels of charge, marked by a purple bar on the HUD. Each further stage takes longer to charge up, but they result in more powerful energy surges.

Both Valor Surge and the newly revealed Resonator Blast can be unlocked and upgraded via the new skill tree. Forbidden West also includes workbenches, which you can use to strengthen your gear. These perks synergize with your special powers to give more customization for your particular play style.

You can find your own style when Horizon Forbidden West releases on February 18, 2022. It’s coming to both PlayStation 5 and PlayStation 4, and pre-orders are open now. The PS5 version has a 60 FPS mode and DualSense support, letting you feel the tension of Aloy’s weapons — or lack thereof when they’re out of ammo.