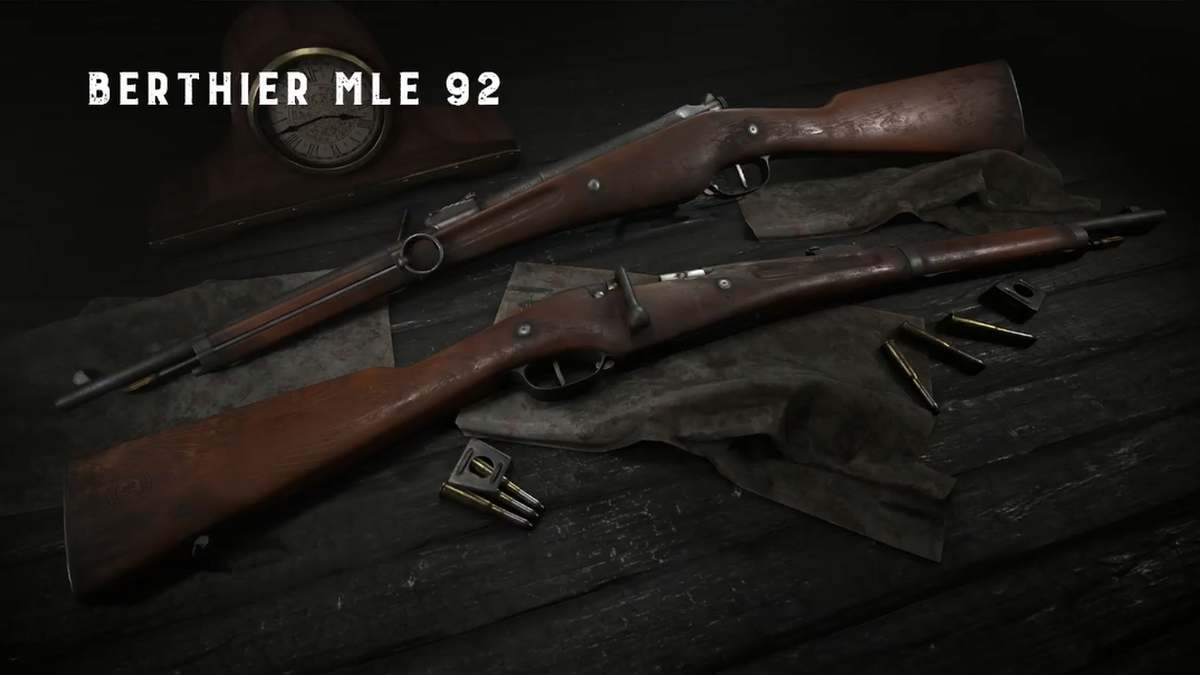 Whenever Hunt: Showdown adds a new weapon, the word “new” is always a misnomer. Almost everything in the game’s arsenal comes from the late 1800s, and the latest new weapon is no exception. The Berthier MLE 92 was revealed during the November 9 developer live stream and is sure to shake things up in the long-range meta in Hunt: Showdown.

The Berthier MLE 92 is a long ammo carbine with an unusual reloading mechanism and the rare ability to carry two different custom ammo types.

The Berthier is a large slot weapon and costs $362, which feels about right for a long ammo gun with this type of firepower and flexibility. It has a 3-round magazine, which loses all unfired ammo if reloaded before it is empty. It also notably reloads more slowly if there is still ammo left in the mag. The Bulletgrubber trait recovers all rounds that would normally be lost during a partial reload. It can hold 12 rounds of long ammo by default, and it can equip up to two types of custom ammo, picking between Incendiary and Spitzer rounds.

In addition to the new Berthier MLE 92 weapon, the dev stream also showcased a number of new additions to Hunt: Showdown, like the new Vigor, Magpie, and Poison Sense traits, and a much-needed reconnect feature for Bounty Hunt. Ironically, community manager Rick Taylor disconnected multiple times during the live stream, which prompted him to joke about the importance of a reconnect feature on any platform.