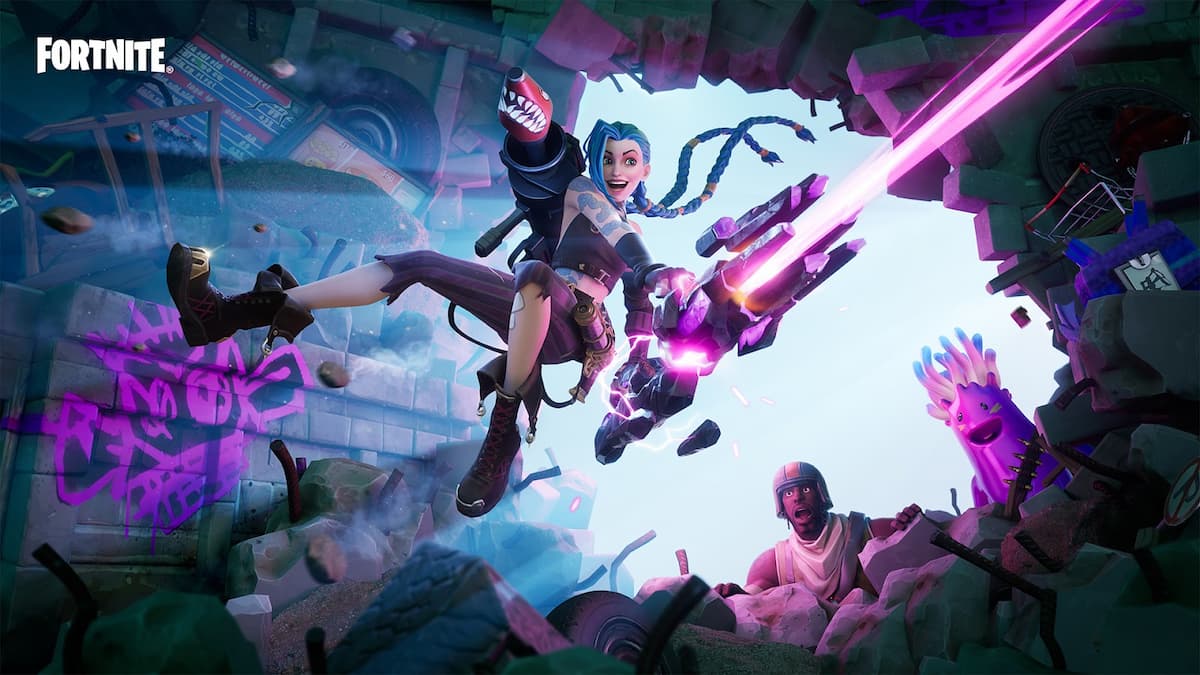 Fortnite is well known for crossovers, and now Riot and Epic Games have joined forces to combine two of the biggest games on the market. League of Legends and Fortnite are coming together to celebrate the release of Arcane, Riot’s first Netflix show.

To get everyone in the mood for the new show, Jinx will be getting a skin in the game, and players will be able to purchase it from November 4 at 8 PM ET. Jinx is an aggressive style attack-damage-carry champion in League of Legends, using her long-range and switchable attack pattern to dominate enemies.

An assortment of items will be available in the game, including the Arcane Jinx outfit, the Pow Pow Crusher Pickaxe, Jinxed Spray, Jinx’s Dream Moneky Back Bling, Playground (Instrumental) Lobby Track, Wreaking Havoc Loading Screen, and the Katchoo! Loading Screen.

The Arcan series will premier on Saturday, November 6 at 10 PM ET on Netflix, and is the first Netflix series that will be co-streamed exclusively on Twitch. This will enable League of Legends content creators and community members to have watch parties with their fans while they watch the first episode.

The series will center on the strife that occurs between the rich city of Piltover, and the struggling undercity of Zaun, and the characters that inhabit both areas. This collaboration is just a small part of the overall RiotX Arcane promotions that are ongoing this month, as Riot brings all manner of celebration to their own games including League of Legends, Valorant, and Teamfight Tactics.