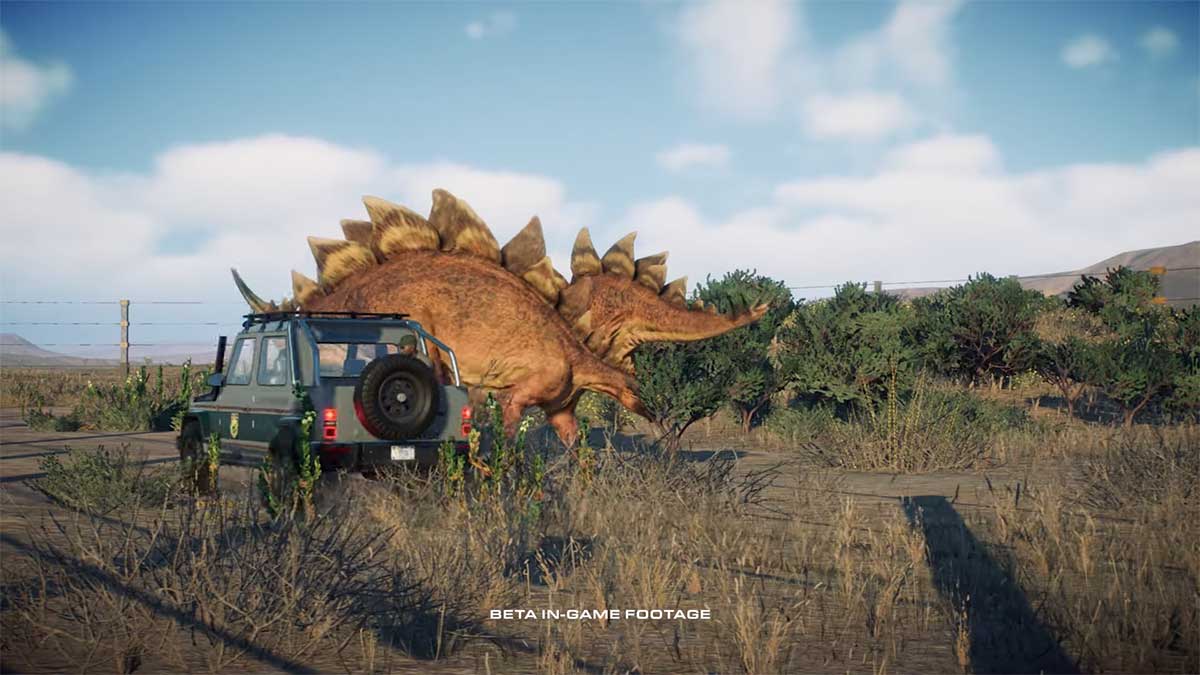 Developer Frontier Developments has showcased the story modes in Jurassic World Evolution 2 in its latest developer diary video. The team discusses both the core campaign mode and Chaos Theory mode, which fires more challenging situations at the player to push them to their limits.

The core story mode takes place after the events of Jurassic World Fallen Kingdom. The US has dinosaurs roaming in the wild, and it isn’t safe for neither them nor the general public. Players are contracted by the US government to locate and secure these dinosaurs from the wild and place them in secure locations where they’re contained and much safer.

As you can imagine, this is very different from the first game, which focused on building theme parks and generating as much income as possible. The game will star familiar faces from the movies who provide helpful hints, tips, and intelligence details for you as you play.

In Chaos Theory mode, players will explore alternate timelines in which key events in the Jurassic World franchise turned out differently. For example, in the campaign based on the original Jurassic Park, players will build the San Diego park and make it a success. Both Chaos Theory and main campaign stories are unique to Jurassic World Evolution 2 and form part of the wider Jurassic World universe. You don’t have long to wait to play these modes since the title launches in a couple of months.