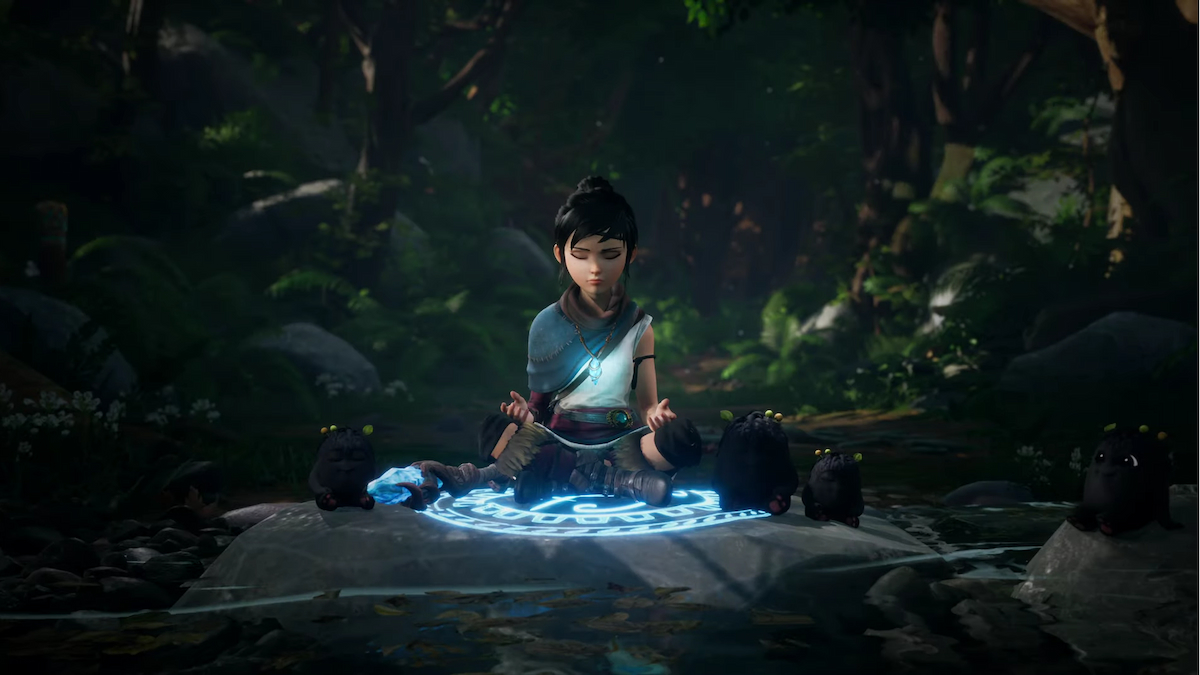 Kena: Bridge of Spirits has been on PlayStation fans’ radars for a long time. The game, originally revealed back in June 2020, stood out for its Pixar-esque visuals and gorgeous environments. However, we haven’t learned much about it since. Today that all changed thanks to a new trailer for Kena: Bridge of Spirits, which revealed parts of its story along with snippets of combat.

From the trailer, it seems that Kena: Bridge of Spirits revolves around the power of an ancient shrine Kena is traveling to, and the forces that drained it. We even get a look at who is likely the game’s antagonist, a tall man wearing a hat with antlers that sports a staff similar to Kena’s.

Speaking of which, combat in Kena: Bridge of Spirits is seemingly centered around Kena’s staff. Besides using it to bludgeon enemies, she can use it to fire bolts of energy as if it were a bow. Players will also seemingly have energy blasts and shields at their disposal. If that weren’t enough, the staff can apparently fire Rots, the small adorable black creatures that seem to have an affinity for Kena. If none of that works, Kena can always get out of the way with a Dark Souls-esque dodge roll.

We also finally have a solid release date for Kena: Bridge of Spirits. Players can expect the game to come out on August 24, 2021 for PS4 and PS5.