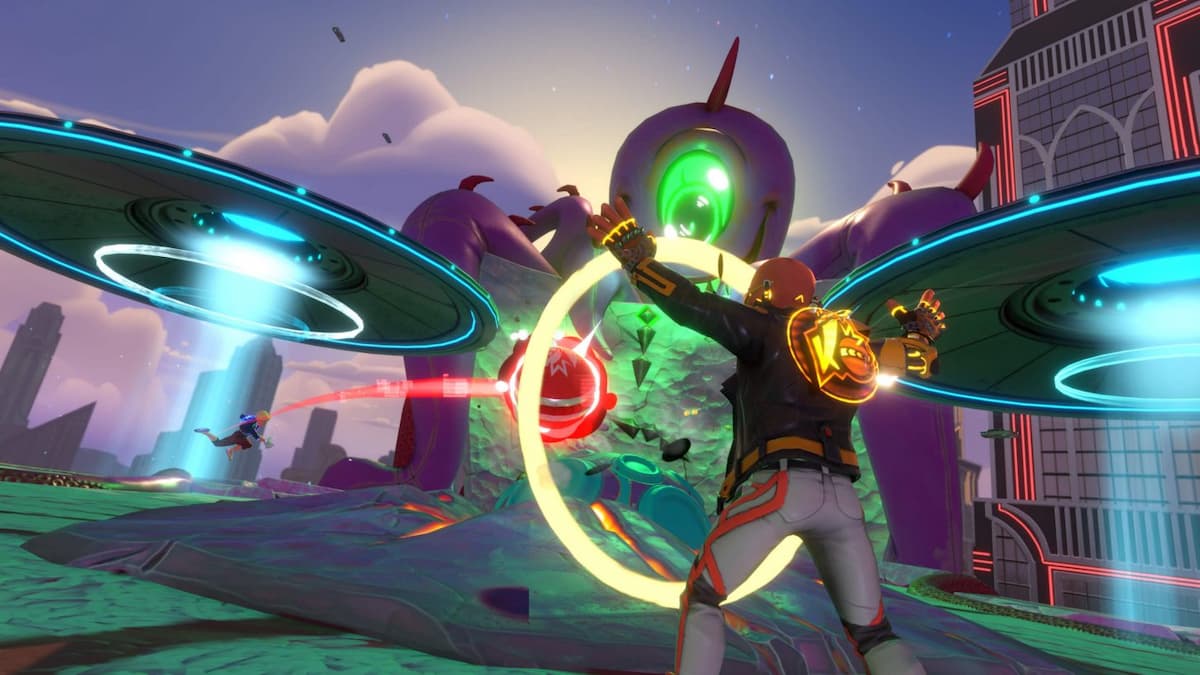 Knockout City Season 4, titled Alien Invaders, will be crash landing on December 7. Velan Studios released a new teaser trailer that fleshed out some lore, and an update on the game’s website provided a few new details about changes in the upcoming season. Mysterious abductions have caused the Knockout Defense Force to take control of the streets of the city. Players can choose from two cosmetic Bundles to signal an allegiance with either the Defense Force or the Aliens.

The new season will introduce a new map to the game. Alien Smash Site is at the location of the usually tranquil Overland Farms, but now that tranquility has been disturbed by a UFO that fell directly into one of the farm’s barns.

Season 4’s new energy drink, the Pom Passer, is meant to discourage players from hogging the ball all to themselves. The energy drink grants 15 XP whenever another player scores a hit using a ball that you passed their way.

Related: Knockout City is getting a 4K upgrade for current-gen consoles

There will also be some changes coming to League Play. The Team KO game mode will make its return as the focus for this season of League Play. Diamond rank matches that end in a tie will now be decided by player win rate. There will also be less emphasis on MMR when calculating how much SR players gain or lose after matches.