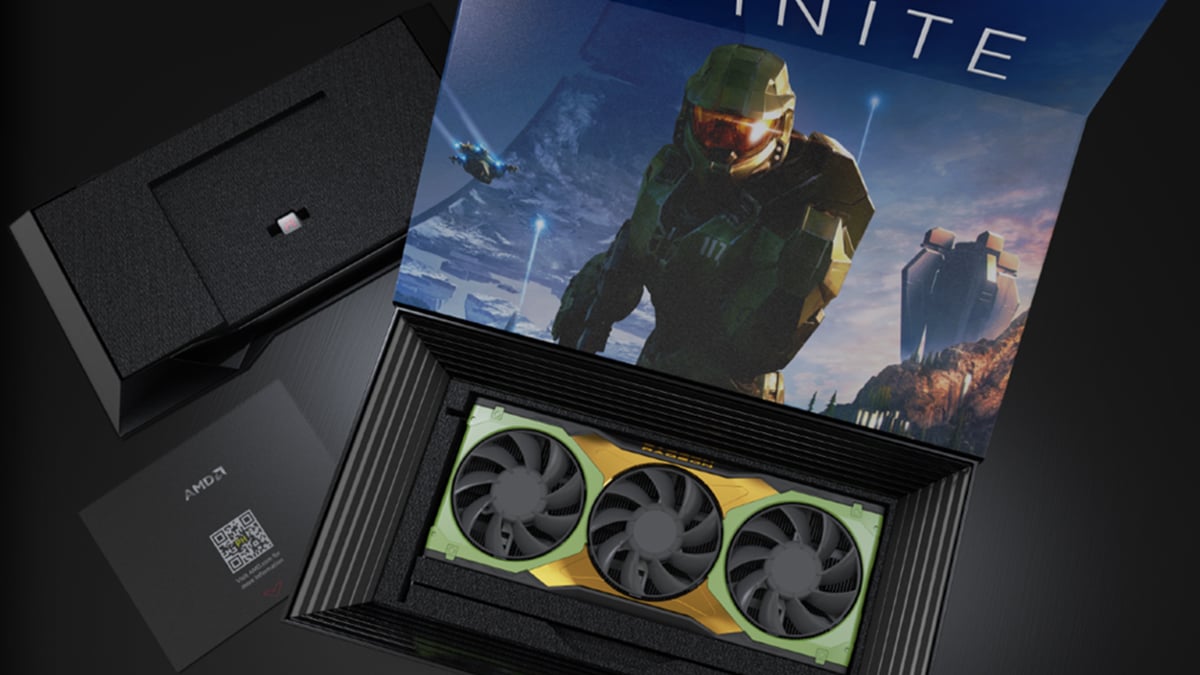 Those planning to play Halo Infinite on PC are in luck. In addition to the exclusive PC features in the game, developer 343 Industries announced a limited edition graphics card modeled after Master Chief.

Revealed on Halo Waypoint, a special AMD Radeon RX 6900 XT card is on the way. It features the Chief’s color scheme: the base is his armor’s iconic green, while the border around the fan accents the card with iridium gold. The Spartan 117 call sign and Cortana blue light symbol can also be seen on the body. The card itself “won’t be going on sale,” as 343 wants to make sure it gets into the hands of fans, not scalpers. As such, “AMD, Halo and other partners will be offering players multiple opportunities over the coming weeks to get their hands on one.” Keep an eye out for your chance to register to win one.

AMD’s RDNA 2 architecture is what you’ll find inside the Xbox Series X/S consoles, so this partnership isn’t totally new. That said, 343 is also working with AMD in terms of software — the companies are working together to bring ray tracing to Halo Infinite. That’s coming to the game after launch, and 343 is “[looking] forward to sharing more soon.”

Speaking of launch, the Halo Infinite release date is December 8 on PC, Xbox Series X/S, and Xbox One. We recently got a peek at competitive multiplayer settings, so there’s a lot to look forward to with Master Chief’s next outing.