Last week, we were talking about how Mario Kart Tour did exceptionally well for its first day of release. But after just under a week in release on the mobile front, it’s gone on to smash even more records. Like, every record.

Sensor Tower recently noted that the game has reached a phenomenal 90.1 million downloads since its release. That’s 15 million players a day over the past six days. That easily eclipses the previous record by Nintendo’s Animal Crossing: Pocket Camp, which reached 14.3 million in that time frame. And keep in mind this number only keeps track of certain markets – it could be even higher than that. 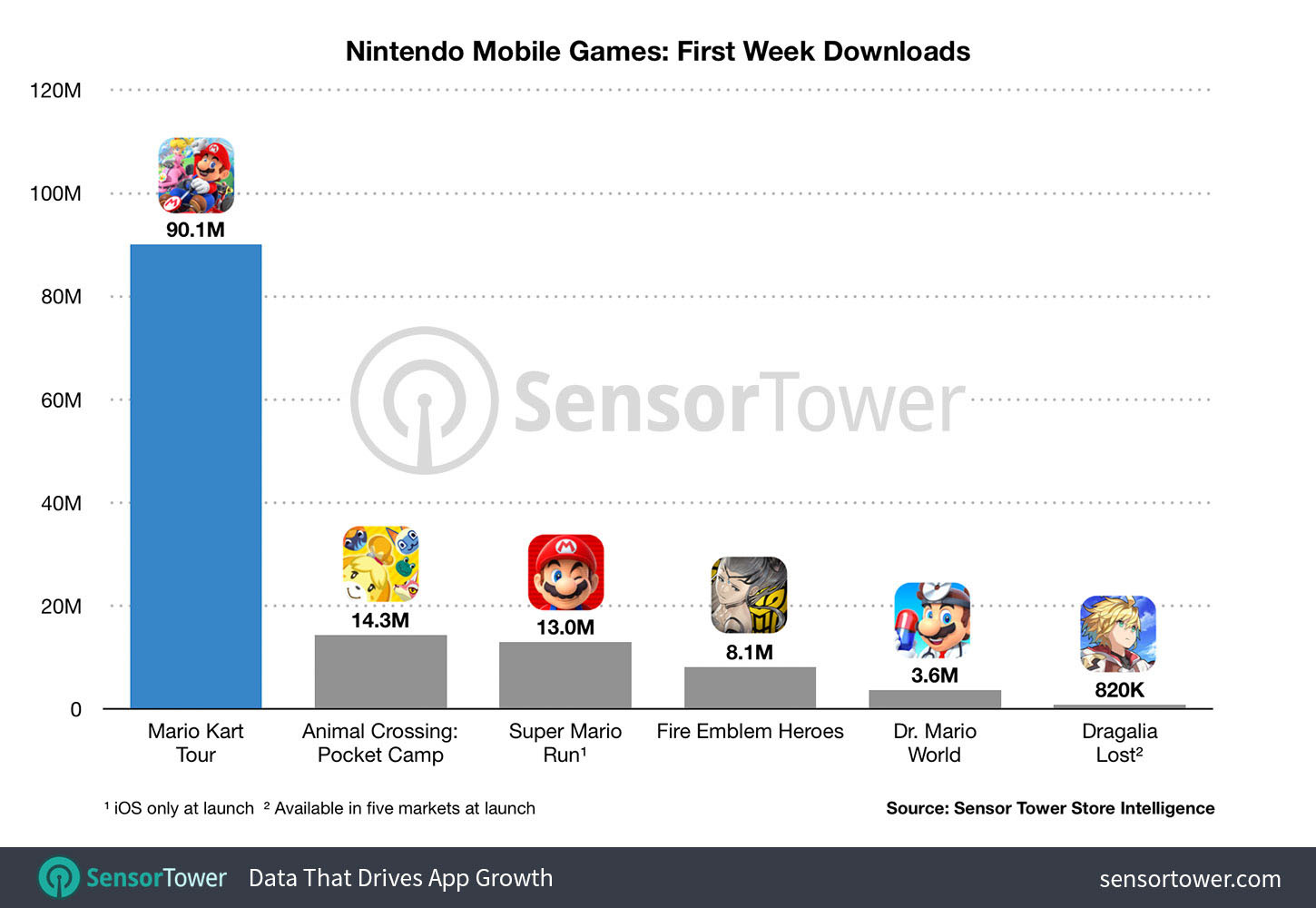 Not only that, but Mario Kart Tour has also made a ton of money for Nintendo in its first few days. It’s banked $12.7 million based on its microtransactions. Though this is lower than the $16.1 million that Super Mario Run made (and Fire Emblem Heroes’ $28.2 million), it’s still a notable success for the company.

And the United States has the most downloads, with about under 15 percent of installs overall. It’s also the home for the most spending on the game, around $5.8 million (45 percent).

Can Mario Kart Tour keep up this kind of momentum? Based on content being added and other options, it’s a possibility. But we’ll have to wait and see.