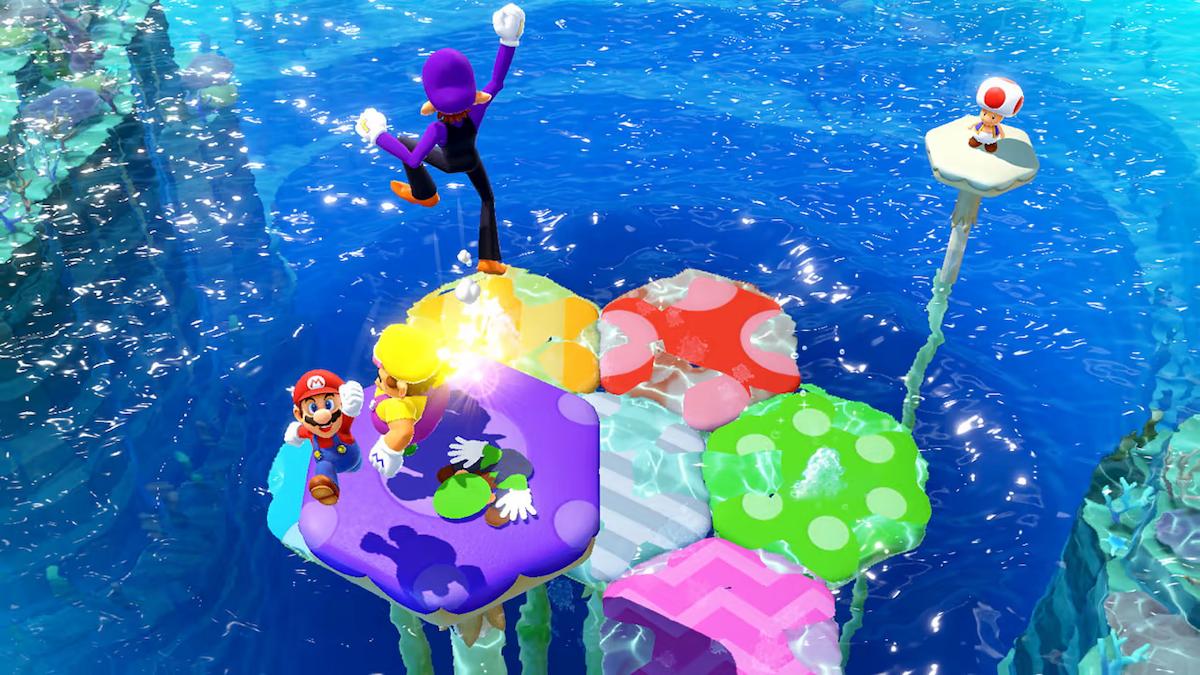 The upcoming Mario Party Superstars will feature the original Mario Party’s infamous “Tug o’War” minigame alongside a message advising how to avoid injury while playing it, according to footage from leaked copies of the game, which is set to launch on October 29.

Twitter user Privilegedtorta was one of the folks who obtained an early copy of the upcoming Mario Party minigame collection. They posted various screenshots and videos of the game on Twitter, one of which showed the Tug o’War minigame in action. Immediately before starting the minigame, a warning can be seen on-screen advising against using your palm to rotate the control stick.

“To avoid irritation to your skin and/or damage to the control stick, do not rotate it with the palm of your hand,” said the in-game warning.

Mario Party fans on Twitter were quick to recall experiences of playing Tug o’War in the first Mario Party, sharing many stories of incurring gruesome hand injuries while playing. Some questioned the decision to include the game without any substantive changes aside from a one-sentence warning.

It’s also worth noting that the warning discusses potential damage to the Switch’s control stick. Given the Joy-Con controller’s troubling analog sticks, which are prone to drifting after extended amounts of use, it seems possible that aggressively rotating them might exacerbate this already prevalent issue.

Tug o’War debuted in the original Mario Party, and it was one of a small handful of minigames that tasked players with rotating the Nintendo 64’s analog stick as fast as they could; it didn’t take long for people to figure out that’s easier done with their palms rather than their fingers. However, while certain minigames are much easier using this method, they’re also a lot more dangerous. Many players suffered cuts and bruises on their palms as a result of this method, resulting in threats of legal action towards Nintendo. To ward off any potential lawsuits, Nintendo provided protective gloves to all Mario Party owners – a move that cost the company $80 million.

Likely due to this controversy surrounding the original title, Mario Party has never been officially re-released by Nintendo, while Tug o’War and other minigames calling for analog stick rotation have rarely been featured in the series going forward. Tug o’War returned in Mario Party: Island Tour for the Nintendo 3DS, but since the handheld had a flat circle pad rather than a hard, plastic analog stick like the Nintendo 64 controller had, the risk of palm irritation/injury was virtually nonexistent. Mario Party Superstars will mark the first time this minigame has appeared on a system with analog sticks since Mario Party’s launch.

It remains to be seen if the warning included with this controversial Mario Party minigame will help prevent hand injuries, or if history will repeat itself.